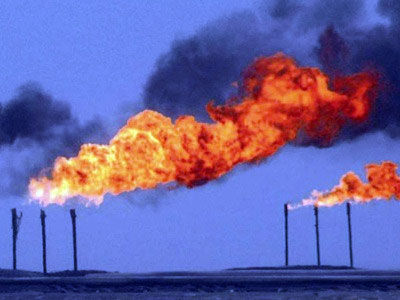 Meteorologists expect temperatures to remain below seasonal norms over the coming week.

National Grid data showed the system was close to balanced with supply flows at around 273 million cubic metres (mcm) and demand forecast at around 272 mcm.

“The balanced system has led to prompt prices softening marginally from the open of the session, though ongoing outages and strong demand for gas generation are limiting losses,” Marcel Boonaert, head of trading and portfolio at Wingas UK said in a note.

Liquefied natural gas (LNG) shipments continued to arrive in Britain, after European gas benchmarks briefly traded at a premium to Asia, with tanker Arctic Voyager added to the list of arrivals due at British terminals.

Prices for summer delivery were down 0.7 percent at 43.75 pence per therm.

In the Netherlands, the day-ahead gas price at the TTF hub was up 0.1 percent at 21.38 euros per megawatt-hour, while prices from April onwards were firm.

The benchmark European Union carbon price was down 1.1 percent to 6.47 euros per tonne on ICE Futures Europe.

Your time is valuable: Here is how to negotiate for more at work

Your time is valuable: Here is how to negotiate for more at work