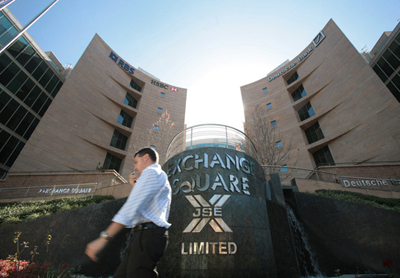 The Federal Reserve is expected to shed some light on how soon it plans to raise rates when its two-day meeting ends later in the day.

“The market is waiting for tonight’s Fed minutes release and Chair Yellen’s press conference,” said Global Trader’s Paul Chakaduka. “That should give more complexion or colour to the market.”

Tiger Brands took the worst beating among blue chips, ending 4.3 percent lower after hitting a key support level. Its Relative Strength Index closed at below 30, an area traditionally viewed by analysts as oversold.

On the opposite end of the scale, furniture-maker Steinhoff was up 2.3 percent after issuing a pricing supplement for its 250 million rand ($ 20 million) notes.

The bonds due in 2020 have a floating rate of 200 basis points above the prevailing three-month Johannesburg Interbank Agreed Rate.

About 183 million shares were trade in Johannesburg, according to preliminary statistics, in line with the average number of shares sold daily last year.