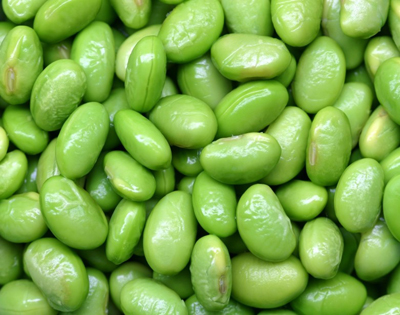 SYDNEY: US soybean futures rose nearly 0.5 percent on Wednesday, climbing from their lowest in more than five months touched the session before, but expectations of ample South American supply capped gains.

Wheat edged higher after losses of 2 percent the day before, while corn gained 0.5 percent to inch away from a near five-month low.

“If you look at the U.S balance sheet, I would define it as pretty tight soybean stocks, but there are high stocks in Argentina and Brazil,” said Paul Deane, senior agricultural economist, ANZ Bank.

“In addition to this, you have the strengthening US dollar and those South American stocks look a look more attractive.”

May corn rose 0.5 percent to $ 3.73 a bushel, having slumped 2.1 percent in the previous session when prices marked their lowest since October at $ 3.70 a bushel.

China, the world’s second-largest corn consumer, has booked over 600,000 tonnes of corn from Ukraine this year and more deals from the Black Sea are expected.

US farmers will likely use less nitrogen fertilizer this season with the cost sky-high, even though the price of natural gas, the key ingredient to make it, is down 40 percent from last year.

May wheat climbed 0.1 percent to $ 5.04 a bushel, having closed down 2 percent on Tuesday.

Russia’s winter grains are in a worse condition than last year after a dry autumn, the head of Russian weather forecaster Hydrometcentre said on Tuesday, adding to concerns over this year’s harvest.