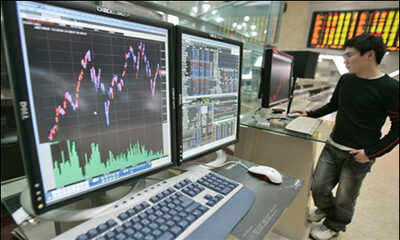 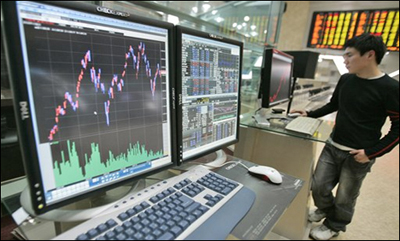 HONG KONG: The euro and yen maintained their gains against the dollar, while most equity markets outside Japan rallied after comments by the US Federal Reserve cooled expectations of an early summer hike.

While the central bank opened the door for a rise from six years of zero percent rates, it lowered its forecasts for economic growth and inflation and stressed it would remain cautious before making any move.

The news sent US stocks surging, providing a strong platform for regional indexes.

However, Tokyo sank 0.93 percent as exporters were hurt by the strengthening yen, while Shanghai retreated 0.72 percent after rising almost nine percent in a six-session winning streak.

After a two-day policy meeting, the Fed on Wednesday issued a statement that removed a pledge to remain “patient” on raising interest rates, signalling a possible mid-year rate increase.

However bank chair Janet Yellen stressed growth prospects were more muted than three months ago, despite strong increases in jobs creation. She noted consumer spending has slipped, inflation has declined, wages are flat, and the stronger dollar has hurt US exports.

“Just because we removed the word patient from the statement doesn’t mean we’re going to be impatient,” Yellen told reporters.

The news sent the dollar tumbling and provided much-needed relief for the euro, which has been hammered by the European Central Bank’s new stimulus programme.

“It’s difficult to see rate hikes in June, and I expect the timing to keep being pushed back,” Mitsushige Akino, an executive officer at Ichiyoshi Asset Management Co. in Tokyo, told Bloomberg News.

“Looking at the US’s inflation rates, and the fact that wages haven’t risen despite the good headline jobs numbers, the US is not in a state to hurry into rate hikes.”

Oil prices were lower in Asian trade after jumping in New York in reaction to the Fed news. US benchmark West Texas Intermediate for April delivery eased 61 cents to $ 44.05 while Brent crude for May fell 21 cents to $ 55.70.