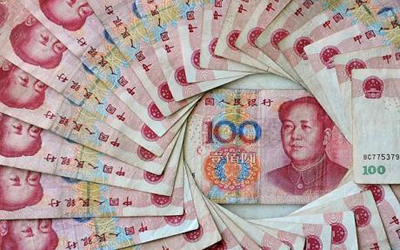 SHANGHAI: China’s yuan looks set to post its biggest-ever weekly gain as Beijing moves to head off the risk of capital flight and quash speculation.

The sharp correction to the exchange rate comes as state-owned banks are aggressively selling dollars at the behest of the People’s Bank of China (PBOC), traders said.

The sudden move has erased all of the yuan’s losses this year and squeezed companies that have bet the yuan would fall further as the economy cools.

The yuan has risen sharply against the dollar in the last three days, including a gain of more than 0.5 percent to 6.1961 on Thursday.

It looks set to gain a full percentage point for the week, which would be its sharpest rise since its landmark revaluation in 2005, and a Reuters poll on Thursday showed that analysts have backed off from short positions in face of the central bank’s supporting firepower.

A firmer yuan may ease concerns that a further slide in the exchange rate could spark destabilising capital outflows, and comes alongside other steps seen as tightening the capital account, including a Thursday announcement increasing restrictions on trading in gold.

Chen Yulu, an adviser to the People’s Bank of China (PBOC), told Reuters earlier in March that while China was not worried about capital outflows as such, it watching closely for signs of “capital flight.”

The yuan fell 2.4 percent against the dollar in 2014 on the back of a rising dollar and concerns about slowing economic growth, sparking a record $ 96 billion of capital outflows in 2014.

Traders saw the latest move as a repeat of a similar PBOC tactic in early 2014, when the central bank mustered major state-owned banks to drive speculators out of long-yuan positions.

“It is another case of the PBOC fighting speculators. What is different this time is that the central bank is now striking back at predictions of yuan depreciation, while until last year, it had battled against speculation of yuan appreciation,” said a senior trader at a European bank in Shanghai.

The yuan began falling in November when the PBOC made a surprise interest rate cut in response to slowing growth, prompting companies to bail out of yuan on worries that increased liquidity injections would weaken the currency’s value.

Despite fears that some global central banks could engage in competitive currency devaluations, the PBOC’s setting of its midpoint guidance rate has shown that Beijing was unwilling to allow the yuan to fall below 6.3 per dollar. The guidance rate determines the range in which the spot rate can trade on a given day.

Still, traders began consistently trading the yuan at its weakest allowable rate starting in January, on the assumption the central bank would eventually give way and let the currency fall further.

However, some economists also cite a genuine change in market sentiment as supporting the yuan, especially as a long-running rally in the dollar index shows signs of losing steam. They argued that market developments ultimately supported the central bank’s refusal to let the yuan dive further.

They say that a record February trade surplus, signs of recovering exports and a weaker dollar after comments from the U.S. Federal Reserve suggesting it was in no rush to raise rates combined to be the last straw for those who had been sticking to short-yuan positions.

“Many companies were holding on to long USD positions as the views on bearish CNY expectations had grown unanimous this year,” said the head of trading at a U.S. bank in Hong Kong.

“The dollar’s fall this week has triggered a large-scale unwinding of these positions in the market.”