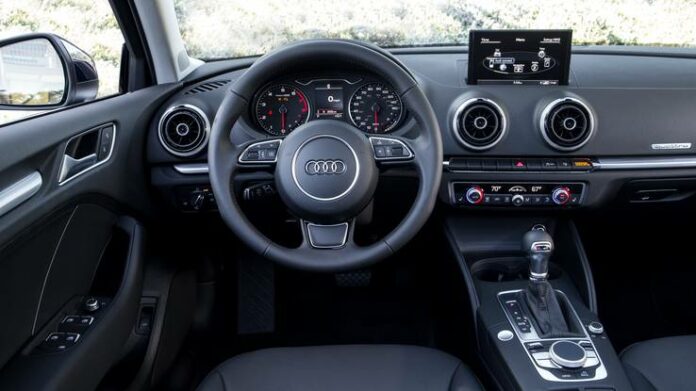 Turbodiesel is plenty quick, interior package is getting dated

It looks like a smaller A4. Not a bad thing. The MQB platform is damn impressive, as we’ve written countless times. It’s stiff as hell but doesn’t beat you up on the nasty bits. This is one of those cars that the harder you push it, the better it is. And yes indeed, you can flog it even with the diesel, a torquey little bugger I like a bunch and one that works well with the DSG.

With other A3s in the office, there’s been debate about the interiors. Some say they’re too dark, too bleak. Some call that clean and stylish. Some go on to say it looks cheap.

I can’t agree with that last part. I have a habit of tap-tap-tapping dashes and door panels and such when I get in a car. I don’t like brittle, shiny plastics. The materials in this car are not brittle and shiny. This interior is well built with nice materials. I appreciate things like the knurled plastic knobs and the click-click buttons feel the same as the ones in a $ 100,000-plus A8.

“That’s too much for a small car,” I hear you snivel. My opinion: Nah. I think a company like Audi, and the way its cars look good and feel so rock-solid, is appealing to plenty of younger buyers who want a ton of fun behind the wheel—and I’m usually the first to gripe about high stickers.

That said, I’m a bit of a hypocrite about it, because I’d get a Golf diesel if it was my money; but if I was asked, I wouldn’t talk anybody with the budget out of an A3. 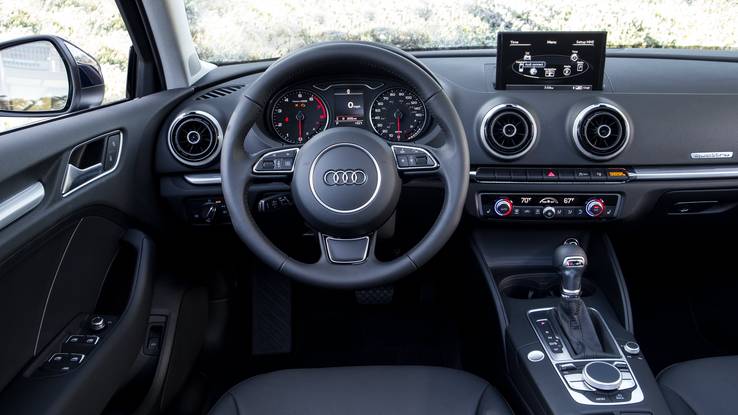 Even though we like the A3, we feel the price is a little high. Photo by Audi

EXECUTIVE EDITOR RORY CARROLL: I drove a friend up to Clarkston, Mich., in the Audi A3 the other day. Digging through the glove box, he found the monroney. When he saw the $ 42K price, he said, “Ugh, now, that’s just [expletive] cynical.” It’s hard to disagree there, even if TDI A3s generally sell for something closer to the $ 32K base price. Sorry, not “base.” There are three levels of Audi A3 trim: Premium, Premium Plus and Prestige. At any trim level, I’m not sure you’re better off buying the Audi over say, a Golf or Jetta TDI. Unless you must have that coveted luxury badge, of course. 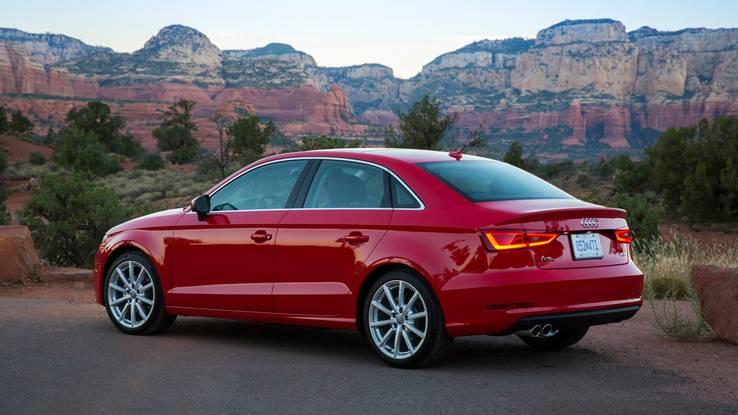 Sleek lines, distinctive lighting and premium finishes highlight the exterior of the A3. Photo by Audi

EDITORIAL CONTENT MANAGER NATALIE NEFF: I have to say, this was the first time in an eon that I got into an Audi and thought the interior felt old-ish, cheap-ish and not best-in-class. I can’t say why, exactly; perhaps the overall design just feels tired and overdue for an overhaul, or maybe it’s just because cars like the Mercedes-Benz C-Class have simply outdone the perennial interior kings at Audi.

Beyond that, I was also a bit underwhelmed behind the wheel. Sure, like Wes reminded, the MQB platform is simply rock solid; I’ve no complaints on the car’s ride and handling. But I’d just come out of three days in a Hyundai Elantra, and honestly, I kept forgetting I had switched into an Audi the overall driving experience differed so insubstantially. Is that a knock on Audi? Or praise for the little Korean car? Dunno, maybe both.

As for the price…meh. It’s been a long time since I felt shocked/incredulous/offended at a sticker for a car like this. People clearly will pay a premium for brand they perceive as superior, more luxurious, of higher quality or, um, braggier (if I’m allowed to make up a word), and automakers count on it for their bottom lines. Volkswagen Group can’t only count on the profits from Golfs to keep it afloat. 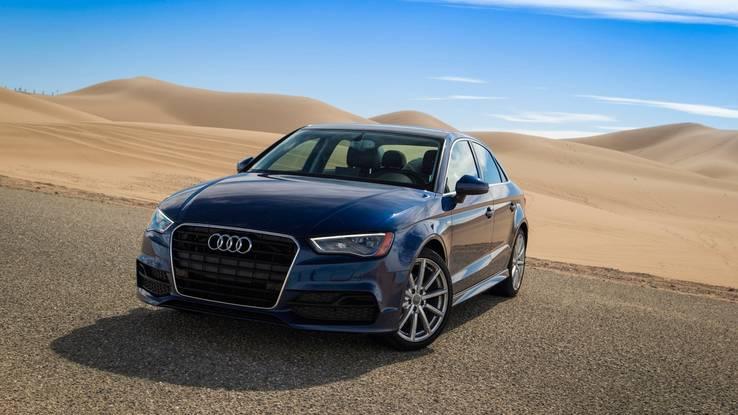 The A3 achieves an estimated EPA of 31 city/ 43 highway/ 36 combined MPG. Photo by Audi