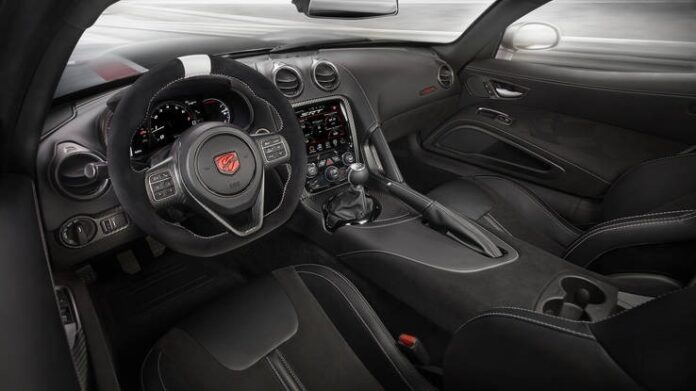 The 2016 Dodge Viper ACR is the pinnacle of the Viper line, differentiating itself from lesser snakes with a new 10-way, double-adjustable suspension setup, 15.4-inch carbon ceramic brakes, Kuhmo extreme-performance tires (that are somehow stickier than those on the last ACR) and a rear spoiler big enough to land a spaceship on. Dodge lovingly calls that carbon fiber spoiler the X-Wing. It goes well with the cheeky nod to Princess Leia in the dash.

ACR stands for American Club Racer in Dodge parlance, and it could easily be seen in stock form on a racetrack near you. It’s not a street car that works on the track; it a legitimate race car that’s barely legal on the road. In fact, we stuck to the track when testing, with Dodge promising that “it’s totally livable,” to and from your nearest track.

The ACR falls under Dodge’s “1 of 1” program, which means you can specify a taupe interior with beluga whale accents and a mauve metallic paint job, as long as no one else has done it first. Don’t get that one though — we called it, it’s ours. Production begins in the third quarter of this year. 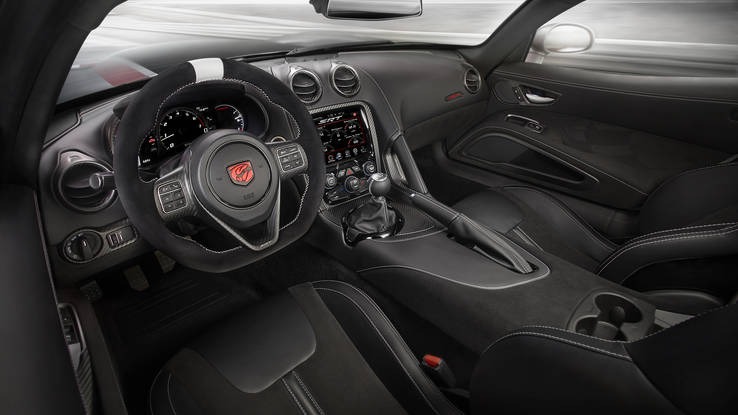 The 2016 Dodge Viper ACR interior is loud, but less spartan than you’d expect. Photo by Dodge

We strapped ourselves into Dodge’s latest world beater at Virginia International Raceway on its full, 24-turn, 4.1-mile Grand Course. Its technical corners, blind curves and elevation changes made it the perfect spot to bring the ACR to its traction limit. We never actually reached that point, but we did make some headway.

The Viper has a reputation that says it’s scary, it’s a killer, it’ll bite you if you’re not paying attention. That’s not entirely true. We found that you really have to do a lot of wrong things in a row to get into trouble in the ACR. As mentioned, the Kumho Ecsta V720 tires, 295/25-19 front, 355/30-19 rear, are grippier than the near-slicks on the last ACR, and only feature a few obligatory tread lines to make them street legal. The standard carbon ceramic matrix brakes, a first for the brand, were surely borrowed from the space shuttle Endeavor. 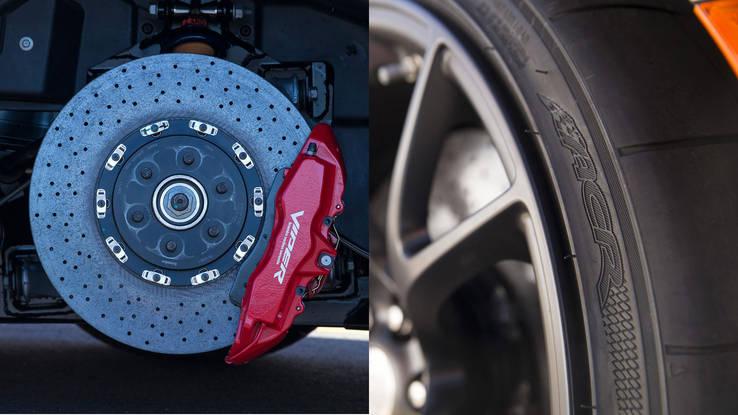 Dodge didn’t skimp in the corners. Photo by Dodge

We took a few reconnaissance laps before gradually upping our speed on VIR’s esses and famous corners. Our car was equipped with the Extreme Aero Package ($ 6,000), which Dodge says “makes 1,200 pounds of downforce at 150 mph” and a good bit more at its top speed of 177 mph. We didn’t quite hit that velocity, but thanks to the aero and Bilstein suspension we easily raised our corner speeds 40 mph by the end of the day. Not so scary after all.

The 10-way, aluminum-bodied, bound-and-rebound suspension setup can be tuned differently for different tracks with a few cranks under the hood and in the trunk. Dodge surely has a list somewhere of the best track setups it’s found. Those coilovers can also raise the car 3 inches. Camber and corner weight are also tunable, according to Dodge. 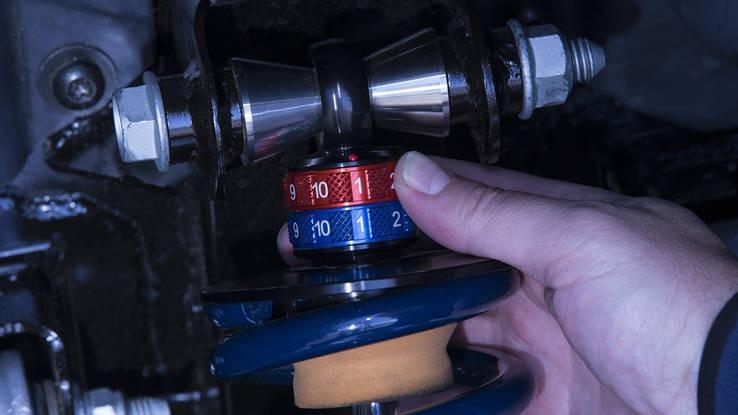 The shocks can be adjusted from under the hood and in the trunk. Photo by Dodge

A quick note here: The ACR is prepped for a six-point racing harness, and Dodge had one for us to use, but it can’t sell the car to the public like that. Just another case of The Man keeping us down. If you get one upgrade post-sale, make it that. Your knees and elbows will thank you for a lifetime of not having to brace your bodyweight in 1.5 g corners.

The V10 roars down the straights, and at a steady speed, and when slowing down. It pretty much roars everywhere; Dodge says all of the sound deadening material was yanked out for the sake of weight, and we could tell immediately. Acceleration is eye watering everywhere in the naturally aspirated rev range and vibration is harsh at high rpm. The pedal box is narrow as well, but used properly, you won’t have a lot of time to rest your left foot, anyway. While we’re complaining for a second, we’ll add that the stroke on the clutch is a little too long, and the catch point a little too high. Adjustment helped; the whole setup can be moved up and down with a button on the steering wheel.

Viper buyers know what they’re getting with the ACR. They’re getting a lap-record breaking, bravery improving, ear-splitting race car that can legally be driven to the track. We’ll forgive Dodge if it’s not the most sophisticated sports car in the bunch. It does have air conditioning, which we ran for most of the 85-degree, muggy day without problems.

The 2016 Viper ACR will start at $ 122,490, including destination and gas-guzzler tax. That’s a good bit of change, but it’s in a sort-of supercar no-man’s land. The Corvette Z06 is still cheaper (but not by much when you add a few options), and the Porsche 911 Turbo is significantly more expensive.

If you want what is probably the most capable, factory-built track car on the planet, then yes, you do want it. There’s nothing to be afraid of, except on road trips. The whole Viper line gets five-way traction control anyway, but it probably doesn’t matter because if you’re not an experienced race car driver, you may never even hit the limiter.