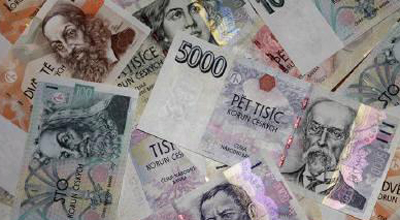 BUDAPEST/PRAGUE: The Czech crown hovered close to the central bank’s cap of around 27 to the euro on Monday, and investors were on the lookout for official intervention to prevent any further strengthening.

Other central European assets were rangebound with turnover in regional markets thin due to a lack of major economic data this week and less nervousness over Greece’s debt crisis.

Illiquid trade, however, makes it easier for investors who want to test the Czech central bank’s resolve to move the crown.

The central bank launched the cap in 2013 as the main plank of its “weak crown” policy to support the economy as inflation was declining into negative territory in most of the region.

“We are waiting for any action from the central bank, at least possibly some verbal action (to weaken the crown),” one Prague-based dealer said.

Another dealer said the bank would not yet step in.

“Inflation has gone up, so they know maybe that verbal intervention might not help much at the moment,” the dealer added.

Headline inflation – still near zero in the region – has been lifted by a rebound in oil prices, although core inflation is still muted, said Erste Group analyst Zoltan Arokszallasi in a note.

Most analysts expect Hungary’s central bank to cut interest rates further on Tuesday to 1.4 percent. That would mean a slowdown in the monthly pace of its easing to 10 basis points from 15 basis points.

The forint eased 0.1 percent against the euro.

“Everybody knows that the end of the cuts is near so even if the bank signals that, I don’t expect the forint to firm,” one Budapest-based dealer said.

The Polish central bank finished its own cuts in March and is seen starting to lift them next year. But if the opposition PiS party wins elections in October, changes due in the Monetary Policy Council next year may lead to more dovish policy.

“PiS expects more support from the central bank to the economy. It leaves a question mark over next year’s (interest rate) hike prospects,” BZ WBK said in a note.

The zloty was flat.

Croatia’s kuna eased 0.1 percent against the euro, after Standard & Poor’s cut its outlook on its rating to Croatia to ‘negative’ from ‘stable’ on Friday, saying that the government’s structural and fiscal reform efforts remained lacklustre.

“Not much reaction, this has all been priced in for some time,” said one bond trader in Zagreb.