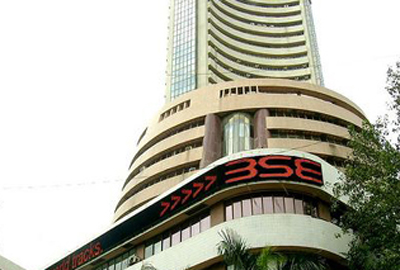 MUMBAI: Indian shares ended marginally lower on Monday as investors shunned blue chips a day ahead of the monsoon session of parliament, where crucial reforms are expected to be presented.

Foreign investors, key to Indian stocks hitting record high in March, have fretted over the fate of several national reforms in the upcoming session of parliament, including a business-friendly land law, a nationwide sales tax and potentially the first labour reform in decades.

Market watchers expect the session to be turbulent.

“I don’t expect much for the markets, but it will be a battleground for the political parties,” G Chokkalingam, founder of Equinomics, a Mumbai-based research and fund advisory firm.

The BSE index ended down 0.15 percent, while the NSE index closed 0.07 percent lower but managed to claw above the 8,600 mark.

Consumer goods stocks such as ITC, which fell 0.56 percent, and Hindustan Unilever, down 1.21 percent, also trailed.

Meanwhile, some support came in from stocks such as Ultratech Cement, up 4.04 percent and Asian Paints , up 3.3 percent.