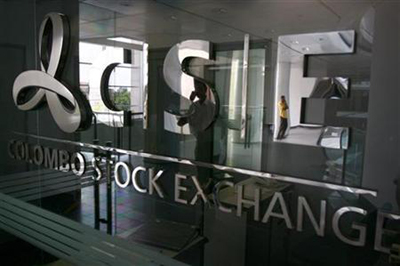 COLOMBO: Sri Lankan stocks fell on Monday from their near seven-week closing high in the previous session as investors stayed on the sidelines ahead of financial results of blue chips like Commercial Bank of Ceylon Plc .

The main stock index ended lower 0.2 percent, or 14.10 points, at 7,147.86, snapping a seven-session rally. It had closed at its highest since June 1 on Friday as hopes of political stability after the Aug.17 parliamentary polls lifted sentiment.

“Most of the investors were on the sideline today. Investors are awaiting the earnings,” said Dimantha Mathew, a research manager at First Capital Equities (Pvt) Ltd.

Last Tuesday, Sri Lankan President Maithripala Sirisena criticised a comeback bid by Mahinda Rajapaksa, the rival he beat in elections last January, and his own allies for backing him to become prime minister.

Analysts see Sirisena’s statement as a step towards strengthening his grip and one that is likely to help the ruling coalition win.

Turnover stood at 646.8 million rupees on Monday, the lowest since July 14 and well below this year’s daily average of 1.06 billion rupees.