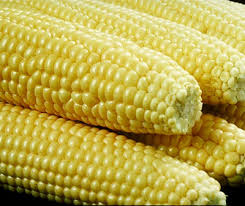 US corn near 3-week low on forecasts of improved weather

SINGAPORE/PARIS: Chicago corn futures lost more ground on Monday, trading at near three-week lows with the outlook for warmer weather across the US Midwest expected to boost crop development.

Soybeans slid for a fifth consecutive session to their weakest since July 9 and wheat was down to its lowest in more than three weeks, with additional pressure on commodity markets stemming for a stronger dollar.

“Perhaps the stronger greenback is finally weighing on corn prices,” Tobin Gorey, director of agricultural strategy at Commonwealth Bank of Australia said in a note.

“Weather forecasters continue to expect a better turn in the weather for much of the US corn belt after widespread weekend rainfall.”

A turn to hotter temperatures across much of the US Midwest is expected benefit crops and be bearish for prices.

Rainfall late last week was seen as boosting growth potential for developing corn and soybean plants in states such as Nebraska and Iowa, which needed moisture.

The dollar hit a three-month high against a basket of major currencies on Monday, after solid US inflation and housing data supported expectations for the Federal Reserve to raise interest rates in coming months.