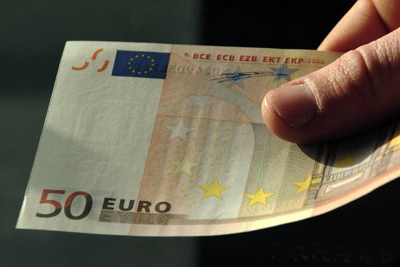 NEW YORK: The euro on Tuesday rebounded from three-month lows against the dollar as traders pared bearish bets as Greece proceeded to adopt the tough measures required by its lenders to obtain cash and avert bankruptcy.

In light volume, the single currency’s bounce knocked the greenback from its three-month peak against a basket of currencies, while commodity-related currencies climbed, partly on a pause in gold’s recent selloff.

Despite Tuesday’s setback, the dollar is expected to strengthen again in the coming weeks as traders anticipate the US Federal Reserve will raise interest rates by year-end.

Fed Chair Janet Yellen and other top central bankers have said higher rates are appropriate later this year if the US economy continues to strengthen.

“The tension is fading on the euro down there,” said David Rodriguez, quantitative strategist at FXCM in New York. “The dollar is still in control.”

“There were some stops triggered and some traders had to cover,” said Mark McCormick, currency strategist at Credit Agricole in New York.

The pullback in the dollar was compounded by a decline in US Treasuries yields on safe-haven demand for bonds that emerged due to losses in US and European stock prices.

Meanwhile, the gold market stabilized after a steep drop on Monday, helping commodity-linked currencies including the Canadian, New Zealand and Australian dollars.

But minutes from the Reserve Bank of Australia’s latest meeting saw more declines in an Aussie dollar already at a six-year low.

Spot gold prices held above a five-year low but worries remained that their fall would resume toward $ 1,000 an ounce due to sluggish Chinese demand and a possible Fed rate hike that would raise the appeal of the dollar.