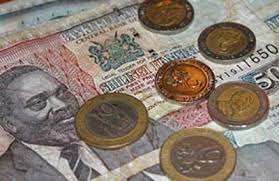 Tight liquidity makes it expensive to hold dollars, which gives the shilling a boost.

“The market was a bit overbought and people have been squaring off positions,” a senior trader at a commercial bank said, referring to dollar buying by banks.

A second trader at another Nairobi-based commercial bank said the rising rates on the overnight interbank market would also prevent the shilling’s weakening as banks remain keen to offload dollars to companies with end-month bills to settle, in exchange for the shilling.

The weighted average interbank lending rate rose to 14.2728 percent on Monday from 13.6129 percent on Friday.

The shilling, which has lost about 11 percent against the US currency this year, has been under pressure from the global strength of the dollar, slowing export proceeds especially from tourism, and a widening current account deficit.