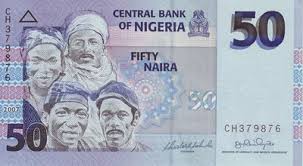 LAGOS: Nigeria’s naira was stable on Tuesday as the central bank deployed a new measure to curb speculation on the currency.

Traders also said expectations that the central bank could make pronouncements on the forex exchange market at its monetary policy committee meeting on Friday were supporting the naira.

“Demand for the dollar slowed down a bit today and the naira recovered due to speculations the central bank could intervene in the market this week ahead of its monetary policy meeting,” one dealer said.

The currency closed at 197 to the dollar on the interbank market, unchanged from Thursday’s closing level.

Markets were closed in Nigeria on Friday and Monday for public holidays.

The naira was trading at 240 to the dollar at the parallel market, compared with 241 per dollar on Thursday.

Operators said the move was meant to help the central bank trace all transactions in the foreign exchange market.

Another trader said the directive on the inclusion of a verification number in all transactions could discourage people from entering the foreign currency market, exacerbating the dollar shortage and increasing pressure on the naira.

Demand for the dollar rose sharply at the parallel market after the central bank banned some importers from accessing hard currency at the official interbank market last month.

That led to a scramble for dollars in the unofficial market.

A Reuters poll showed Nigeria would hold interest rates for now and wait until September to raise them.

Copyright Reuters, 2015
Share
Facebook
Twitter
Pinterest
WhatsApp
Previous articleSouth African stocks down, Mediclinic sheds nearly 2pc
Next articleSenator: The US is committing a ‘strategic blunder’ by removing troops from the Arctic as Russia digs in