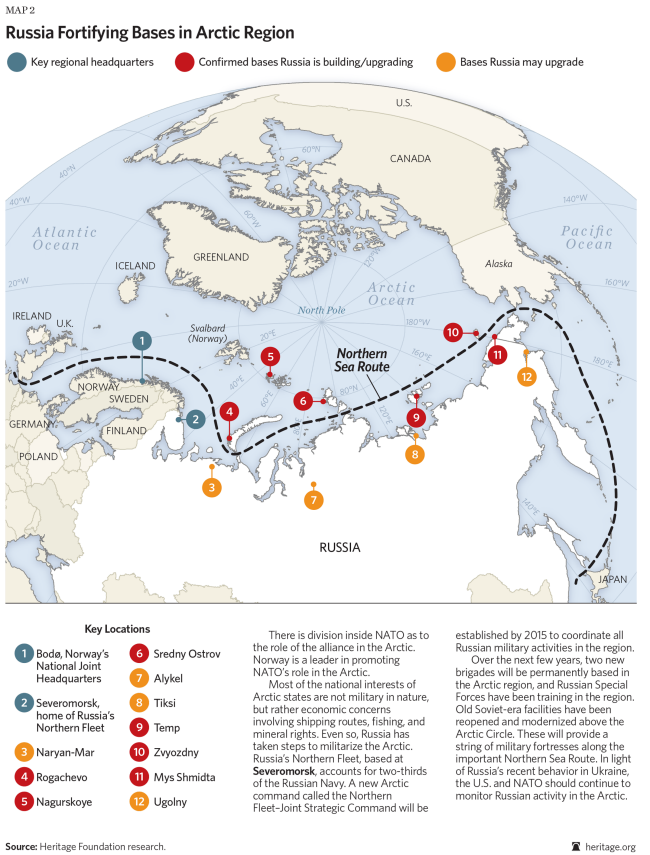 Senator: The US is committing a ‘strategic blunder’ by removing troops from the Arctic as Russia digs in

(US Army paratroopers training in Alaska.) The US is committing a “strategic blunder” by removing nearly 3,000 Army personnel from the Arctic as Russia continues its push to militarize the region, Senator Dan Sullivan (R—Alaska) told Anchorage-based KTVA on Sunday.

“This is a strategic mistake, a strategic blunder in my view by the Department of Defense,” Sullivan told KTVA. As part of the US Army drawdown from a force of 490,000 to 450,000 active-duty soldiers, the Army set to remove 2,600 troops from the US’s largest state.

This reduction comes as Russia is aggressively increasing its military presence in the Arctic region. The Kremlin has listed the Arctic as one of three key geopolitical regions for the country’s security and has started develop military ports and bases throughout Russia’s vast Arctic coastline.

This growing interest in the Arctic as a strategic frontier is a partial result of the environmental transformation of the region as a result of climate change. As ice coverage decreases, Arctic shipping lanes will become more heavily trafficked and massive reserves of natural resources will become exploitable.

The US estimates that a significant proportion of the Earth’s untapped petroleum — including about 15% of the world’s remaining oil, up to 30% of its natural gas deposits, and about 20% of its liquefied natural gas — is stored under the Arctic seabed.

Sullivan noted that Alaska’s geographic proximity to Russia makes the state even more important, as tensions with the Kremlin continue to simmer over Russian policy in Ukraine. Sullivan believes that the US should place more than just Army forces in Alaska, calling for an increased number of “Coast Guard, icebreakers, and a naval presence [in the state].”

Currently, the US only has two heavy diesel icebreakers and one medium icebreaker compared to Russia’s dozen icebreakers in service. While these are not a direct military tool, the vessels play a multifaceted role in any nation’s Arctic strategy. The vessels allow a range of other merchant, survey, and military ships to ply through the Arctic ice safely year-round.

The difference in icebreaker strength also highlights Russia’s special focus on the militarization of the Arctic. As the US reduces military personnel in the far north, Moscow has undertaken a construction blitz across the Arctic to establish military superiority in the region. Russia is constructing ten Arctic search-and-rescue stations, 16 deepwater ports, 13 airfields, and ten air-defense radar stations across its Arctic coast.

Moscow has also created a Joint Strategic Command North from components of its Northern Fleet in order to maintain a permanent military presence in the region.

NOW WATCH: We went inside a secret basement under Grand Central that was one of the biggest World War II targets