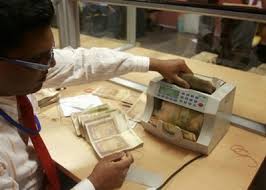 COLOMBO: The Sri Lankan rupee ended firmer on Tuesday as a state-run bank cut the currency’s peg against the US dollar by 10 cents to allow the exchange rate to appreciate to 133.70, dealers said.

There was however downward pressure on the rupee, which has been steady for the last five sessions, due to demand for the greenback from importers, dealers said.

Since July 13, the spot currency was kept unchanged at 133.80 through Monday following the state-owned bank’s decision to raise the dollar-selling rate by 0.15 percent to 133.80.

“I don’t know why the central bank is defending the currency and allowing it to appreciate,” said a currency dealer. “May be it is because of the inflow from the $ 1.1 billion swap, but I do not see any reason other than the government wants to maintain the stability of the currency until the Aug. 17 election.” Officials from the central bank were not available for comment.

The central bank on Friday said it entered into a $ 1.1 billion currency swap agreement with the Reserve Bank of India, which dealers said would boost the country’s reserves and confidence in its currency.