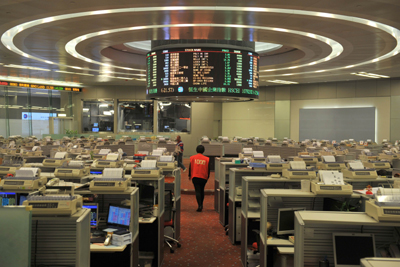 TOKYO: Tokyo’s benchmark stock index bounced back to a near 18-year high on Tuesday, lifted by a weak yen and a rally on Wall Street.

In New York, the Nasdaq marked a third straight record high as solid earnings from toymaker Hasbro and others kicked off a heavy week of quarterly results.

Toshiba soared 6.13 percent to 399.90 yen after a team of company-hired investigators confirmed that the firm “systematically” inflated profits over several years.

Top executives resigned to take responsibility for the $ 1.2 billion padding, but the report was taken as good news for investors because it ended months of uncertainty over accounting problems at one of Japan’s best-known firms.

On oil markets, US benchmark West Texas Intermediate for August delivery was down 10 cents to $ 50.05, after briefly dipping to $ 49.94, and Brent crude for September fell eight cents to $ 56.57 a barrel in morning Asian trade.