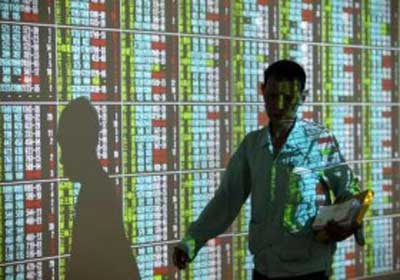 The euro held on to most of its gains after a recent sell-off, with Greek lawmakers due to vote later in the day on another round of reforms aimed at getting access to much-needed bailout cash.

After a broadly healthy set of gains in recent sessions, Asian investors took a step back after losses in New York that come in response to weak quarterly reports from tech giants Microsoft and United Technologies. The figures raised concerns about the upcoming US earnings season.

The dollar slipped on profit-taking after a recent rally, although the weakness is not expected to last as the Federal Reserve holds its next policy meeting on July 29, with traders looking for clues about its timetable for lifting interest rates.

Analysts have forecast a rise in either September or December after Fed chief Janet Yellen said this month she saw a move by the end of the year.

The single currency was given some buoyancy by the progress in Greece on securing a fresh bailout.

“The euro is higher as progress continues to be made toward a third financial assistance programme for Greece,” said Nick Bennenbroek, head of currency strategy at Wells Fargo Securities.

And gold remains under pressure around five-year lows as the Fed edges closer to its rate rise, which has seen investors pile into the dollar and out of the precious metal looking for better returns.