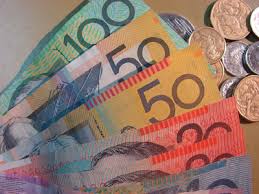 WELLINGTON: The New Zealand dollar jumped to a one-week high on Thursday after the Reserve Bank of New Zealand delivered a smaller interest rate cut than some in the market expected and softened its rhetoric on the kiwi following its recent, dramatic fall.

The kiwi climbed half a US cent to $ 0.6654, its highest since July 15, after the central bank cut its Official Cash Rate by 25 basis points to 3.0 percent in response to a dimmer economic outlook and lower inflation.

The easing was widely expected by economists, although some investors had betted on the chance of a bigger cut. The RBNZ flagged the prospect for more rate cuts, which is seen pushing the kiwi lower in the coming months. But in response to the kiwi’s roughly 16 percent slide since May, the RBNZ also removed references to currency strength, which market participants took as a green light to continue trimming hefty bets for more kiwi selling.

“The RBNZ has taken away words like ‘unjustified’ and ‘unsustainable,’ which was seen as intervention talk,” said Tim Kelleher, head of institutional FX sales at ASB bank in Auckland. “The currency will definitely go lower over time but it’s just that the market’s got some extremely massive speculative positions in it and the risk is that they get cleared out somewhat before we go lower again.”

The Australian dollar edged up slightly to around $ 0.7380, supported by gains in the kiwi, although gains were limited as the Aussie also faces more selling pressure on the possibility of lower Australian interest rates.

The Aussie eased against the kiwi to around NZ$ 1.1090, its weakest since July 15. Market participants said that the kiwi would remain supported in the near term as speculators continue to pare their short positions in the currency, although resistance was seen above $ 0.6650, where stop-loss orders were seen, while offers were suspected through $ 0.6700.

Markets are pricing in roughly two more rate cuts in New Zealand in the next 12 months, and analysts expect the prospect of more aggressive easing through the end of the year will push the kiwi down to around $ 0.6200 in the coming months.