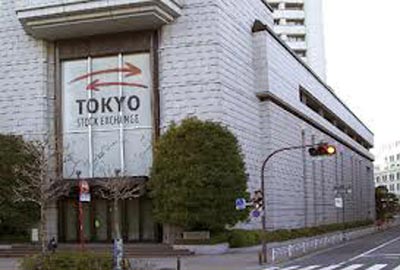 Tokyo picked up a negative lead from Wall Street where the Dow sank 1.00 percent, the S&P 500 dropped 0.43 percent and the Nasdaq lost 0.21 percent, snapping a streak of three straight record highs.

Toshiba rose 1.70 percent to 393.1 yen, a day after its president and string of other executives resigned over a $ 1.2 billion accounting scandal in which they inflated profits stretching back years.

The allegations in a report by a company-hired panel offered investors some clarity about the size of the problem and who was responsible after months of uncertainty about Toshiba’s finances.

In currency markets, the dollar weakened to 123.57 yen from 123.86 yen in New York. A stronger yen hurts the profitability of Japanese exporters.