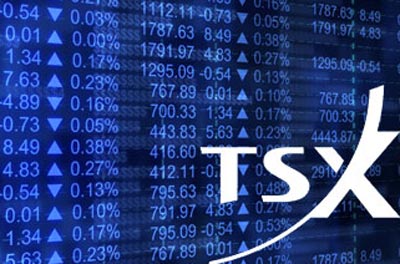 TORONTO: Canada’s main stock index fell on Friday as a rout in commodity prices pushed mining and energy stocks toward deeper losses, while disappointing earnings and some profit taking also added to the declines.

“What we’re into here is a bit of a malaise as concerns build about the economy in Canada and the state of the global commodities,” said Michael Sprung, president at Sprung Investment Management Inc. “Toronto’s just having a very tough time.

Given the state of the world, perhaps prices were a little bit frothy. I wouldn’t call it a correction yet, but maybe we’re heading for one.” Canadian drugmaker Valeant Pharmaceuticals International Inc , which jumped more than 9 percent on Thursday after investors cheered its quarterly earnings results, was by far the biggest drag on the TSX.

Of the index’s 10 main groups, half were in the red. Declining issues outnumbered advancing ones on the TSX by a 1.75 to 1 ratio. The index posted four new 52-week highs and 37 new lows.

Shares of Encana Corp, Canada’s No. 1 natural gas producer, plunged 8.7 percent to C$ 10.25 after it reported a bigger-than-expected quarterly loss.

Suncor Energy was off 1.4 percent to C$ 33.17. The overall energy sector, which has fallen more than 25 percent since highs in April, retreated 1.6 percent.

US crude prices were mostly steady on Friday but remained near $ 48 a barrel.

The sector has lost more than 16 percent in July alone. Gold and copper prices hit multi-year lows, with gold futures falling to $ 1,079.3 an ounce amid a stronger greenback and Copper prices dropping to $ 5,244 a tonne on demand worries from top metals consumer China.

Sprung said with the US economy still in the growth stage, however, Canada should benefit over the long run, noting the downtrend may signal a good buying opportunity.