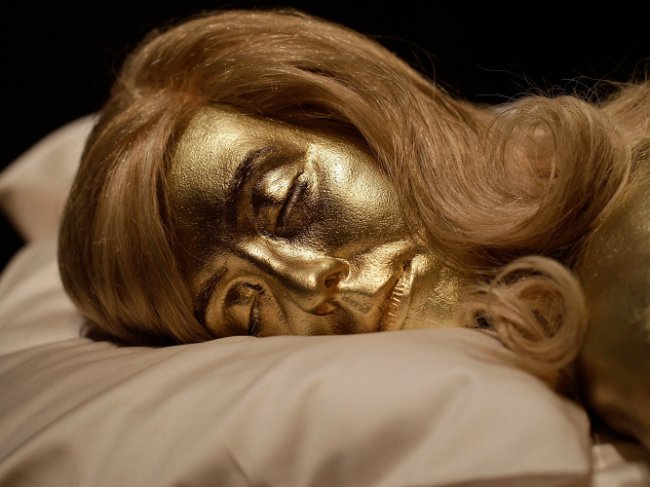 Hedge funds have never hated gold this much

(Matthew Lloyd/Getty Images) Hedge funds are not covering themselves in gold right now.

Hedge funds have never hated gold this much.

On Friday, data from the Commodity Futures Trading Commisssion, or CFTC, showed that hedge funds are net short gold for the first time since this data was first collected back in 2006, according to Bloomberg.

The CFTC’s data collects all of the long and short bets being made by hedge funds and speculators, or bets that the price of something will go up or down from here.

And this week, for the first time there were, on balance, more bets that the price of gold will fall rather than rise going forward.

The latest leg lower in gold, which is now down about 40% from its high of around $ 1,700 an ounce hit back in 2011, was sparked by a flash crash overnight on Sunday.

This crash sent gold down more than $ 50 and ounce, and with some swings here and there during the week, gold prices mostly grinded lower.

The decline in price of gold also comes on the backdrop of what was just a terrible week for all commodities, with Bloomberg’s commodity index hitting a 13-year low at one point, crude oil crashing back into a bear market, and other metals like copper also selling off hard.

And as Goldman Sachs’ Jeff Currie told Bloomberg earlier this week, it looks to him like gold will trade below $ 1,000 an ounce this year, given the broader sell off in commodities.

Here’s the last 30 years of gold prices, which is, well, not good. 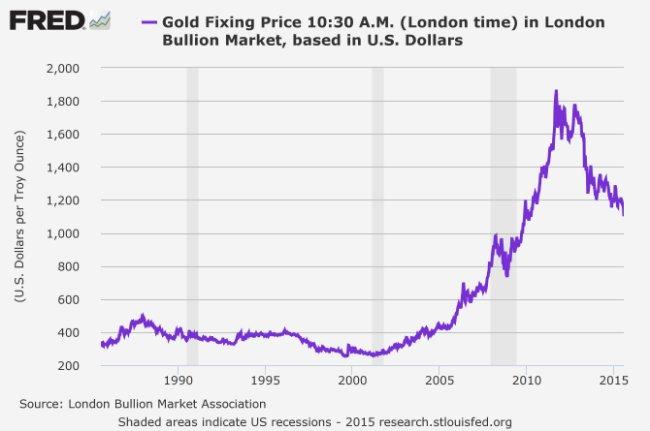