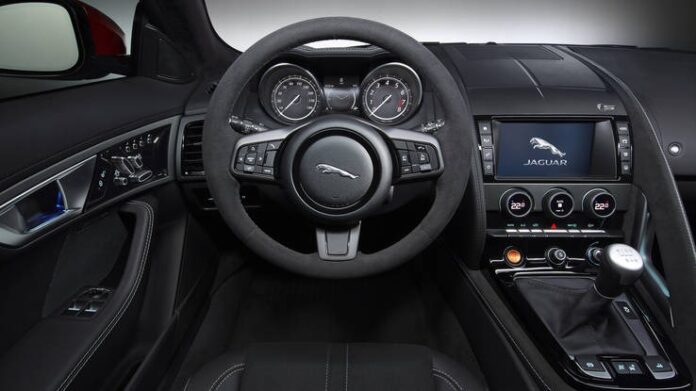 ASSOCIATE EDITOR GRAHAM KOZAK: Jaguar rolled out the F-Type roadster, and it was good. Then, it introduced the F-Type coupe, and it was very good. But it didn’t have a manual, which whiners like us pointed out at every available opportunity.

Now, here it is: The car we’ve been begging for and I finally got the chance to drive it, but am I satisfied?

Well, actually, yeah. You will be, too, as long as you’re not expecting it to be a Cayman GT4-fighter.

I guess I could bring up the lack of the available blown 5.0-liter. That would certainly be a nice option to have here. I don’t know that I’d take the extra 170 hp if it was offered, though. As it is, the Coupe S is a really well-balanced take on a car that is shaping up to be a modern classic.

It helps that there’s some character lurking in the curious V8-minus-two-cylinders that is Jag’s supercharged V6. It pulls noticeably harder north of 3,000 rpm, as opposed to the 5.0-liter, which is a just a rocket as soon as you mash the accelerator.

The best part is that you can drive the Coupe S like a geriatric or a demon without relying on programmed-in, button-accessible “economy” or “sport” modes or flappy paddles; switching things up here is as simple as — get this — choosing at which point you decide to engage a higher or lower gear. A radical concept, perhaps, and you’re going to give up some track-day prowess (like it actually matters) and add a few fractions of a second to your 0-60 sprint (again, who cares?), but the payoff in driving joy is worth it.

The manual gearbox itself merits some attention. You won’t find a super-tight, short-throw shift experience here: Jaguar claims a 45-mm throw, but from the weight of the clutch to the feel of the shifter itself, the entire gear-changing experience is more about ease and precision than neck-snapping gear jamming. It feels … unhurried and smooth and maybe luxurious, somehow. (One thing I would change, immediately: The shift-knob cap was plastic, or felt like it, which came off as distinctly cheap.)

Either way, this doesn’t strike me as a car with track-day aspirations. Its tail-happy charm is accessible even on public roads. Maybe it would slide around a little less than the comparably overpowered Coupe R on a road course, but that’s not why you should buy this car anyway. Do it because it’s beautiful, unpretentious and fun, not because you need to have a more powerful track toy than your neighbor.

Look, I love our long-term F-type Coupe R. It’s a riot to drive, a joy to listen to, pleasing to the eye and immensely satisfying to arrive anywhere in. It’s British muscle — a snarling, supercharged factory hot rod with lines elegant enough to disguise its aggressive haunches. It also weighs about 400 pounds more than this take on the F-Type, and I’m frankly not sure if I’d want to live with its flamboyance day in and day out.

Especially when this pleasantly understated alternative is out there. Except for looking pretty, I can’t think of any one particular thing the manual-equipped Coupe S does better than other cars in its price range, but the overall package is near irresistible. 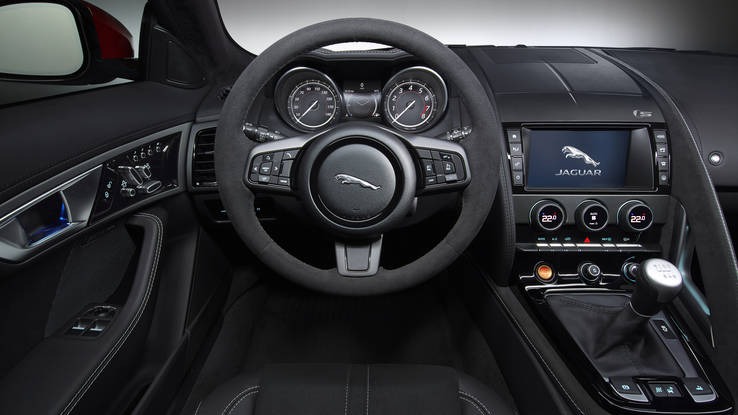 ROAD TEST EDITOR JAKE LINGEMAN: We’ll see what the rest of the peanut gallery has to say, but I’d take our automatic R over this manual S at current prices, which have to be factored in here. Graham says this car is completely different from the R, and I guess he’s right, but for $ 10,000 extra you can get 170 more hp and a car that’ll run consistent 7.67s in the eighth-mile. I just don’t know if I could say no to that.

This manual setup seems a little finicky to me. I don’t like that reverse is to the left of first, because you can grab it accidentally if you’re trying to take off fast. It also doesn’t seem to lock out that gate, because I also went for second gear at one point and got hung up in the reverse part of the linkage. The throw on the shifter is fine, and the clutch effort is just right, but the catch point is too high and too broad, you have to let it out slow for a good bit of time before the next gear is fully engaged. Popping it doesn’t seem to do much either; I had trouble breaking the tires free without really womping on it.

It doesn’t sound anything like the V8, which is probably the best part of the R. It has a smoother, gentler exhaust note that only gets loud past 4,000 rpm. It does sound good against a wall or in a tunnel, but it doesn’t backfire like a shotgun, as the R does. Hitting the exhaust button doesn’t seem to change the sound too much either. It still revs loud on startup, which I don’t have a problem with.

Power is smooth all the way through rev range with the supercharger chugging along. Sixth gear has enough power to pass, so you won’t have to downshift on the expressway. Unfortunately, the V8 ruined it for me. If you want this car, go test drive it and buy it. Do not get into the V8 before or after.

Turn-in feels sharper on this car than on the R. Going around an expressway sweeper, I oversteered at first and had to dial it back when I was heading for the inside of the lane. That’s probably a function of weight over the nose, but it was the one aspect that I liked on this car more than the R.

A few things annoyed me with the interior, but they probably aren’t specific to this V6 S. The armrests are hard and started to hurt my elbow after a while. The sun visors are ridiculously small and do nothing to block the sun. I do like the glass top, but I wish it opened up. Targa, maybe? Maybe not.

These cars are both really good. I suppose Graham is right. If you want a muscle car that will spin the tires on command and still shifts very quickly, get the V8 R. if you want something more refined, more “Keep Calm and Carry On,” then the V6 is for you. Just don’t drive the V8 first. 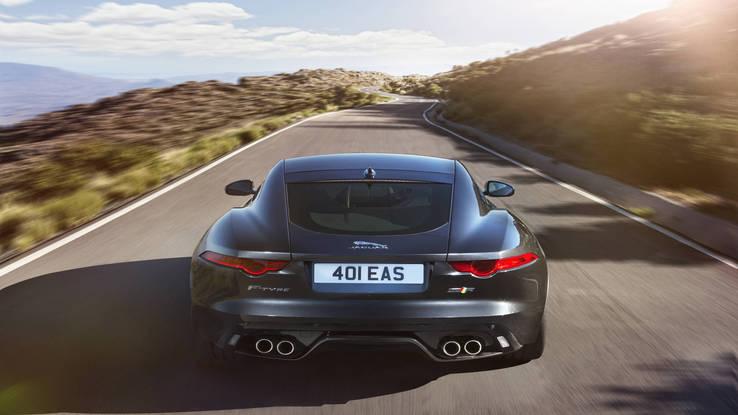