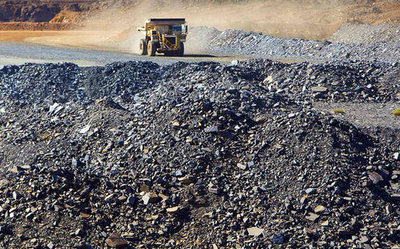 SYDNEY: The start-up of the $ 10 billion Roy Hill iron ore mine under construction in Australia has been postponed until the second week of October because of bad weather and safety problems earlier this year, according to a media report.

The mine, 70 percent owned by Australian billionaire Gina Rinehart’s private Hancock Prospecting and the last of the mega-projects planned during a boom that is now over, was originally targeting a September start.

The Australian Financial Review reported that because of bad weather in the Pilbara iron ore belt and safety incidents, the timetable had slipped slightly until the second week of October, citing Hancock executive director Tad Watroba. Contacted by Reuters, a spokeswoman for the project declined to confirm the new date and said the company was not prepared to make any further comment.

Iron ore prices have slumped by more than 75 percent since construction of the mine began four years ago in partnership with South Korean steelmaker POSCO, Japan’s Marubeni Corp and Taiwan’s China Steel Corp.

The Roy Hill partners closely guard the project’s cost of production, although analysts estimate ore can be mined and shipped for $ 40 a tonne, roughly in line with Fortescue and about $ 11 above the spot price on Monday.

Because around 13.5 million tonnes of ore has been stockpiled ahead of the official start date at the Roy Hill mine, a delay of a few weeks was unlikely to influence market prices, according to commodity traders.

The stockpile is designed to provide early cashflow while the project ramps up to its full capacity of 55 million tonnes per year over a 30-month period.

Fellow miner Rio Tinto was forced to trim it full-year guidance for ore shipments by nearly 3 percent to around 340 million tonnes after two cyclones swept through the Pilbara in March and May.

Days later, a crane fell over during a test supervised by a plant inspector, who was assessing the competence of the equipment and operator.