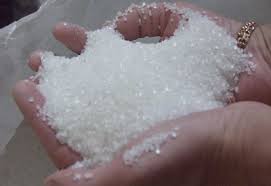 LONDON: Raw sugar futures firmed on Monday after a Commitments of Traders (COT) report but gains were capped by a weak Brazilian currency, while robusta coffee hit a two-month low and arabica dipped to a 1-1/2-year low. Cocoa futures were little changed in thin volume.

“The Brazilian real has weakened a lot in the last few days. If this situation continues, we could see further drops in the New York market,” said Claudiu Covrig, senior agricultural analyst with data provider Platts.

A weak real encourages Brazilian producers of dollar-based commodities such as sugar and arabica coffee to boost sales and lock in local currency returns.

A huge overhang of Indian and Thai old-crop sugar continued to weigh on the market.

In robusta coffee, traders focused on a large front-month July-September spread before the July contract expires on Friday. September robustas traded down $ 10, or 0.6 percent, at $ 1,640 a tonne, after touching a two-month low of $ 1,637.

“On the downside, any breach of support around $ 1,650 could then target $ 1,620, after which protracted losses could target $ 1,600 and below,” said Kash Kamal, senior research analyst with Sucden Financial.

“A combination of the weak real and technical factors, is weighing on arabica,” said Andrea Thompson, analyst with CoffeeNetwork, part of INTL FCStone.