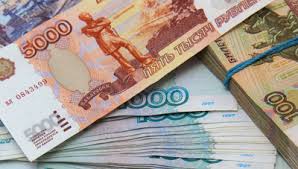 Russian ruble drops to past 60 per dollar

MOSCOW: The Russian ruble on Tuesday plummeted past 60 against the dollar for the first time since March on falling oil prices, complicating the central bank’s efforts to jump-start the battered economy.

The ruble reached 60.30 per dollar in early afternoon trading in Moscow after having lost two percent of its value on Monday.

The new weakening of the ruble, which comes after the embattled currency bounced back somewhat in recent months, is expected to further erode consumption and fuel inflation, which stood at 15.3 percent last month.

“Inflation is already extremely high, and another sharp fall in the ruble would fuel it even further, which, in turn, would intensify the squeeze on households’ real incomes,” Liza Ermolenko, an emerging markets economist at Capital Economics, told AFP.

Low energy prices, brought on by the global oversupply of crude oil, have sent the Russian currency into its most recent decline, causing it to lose more than 15 percent of its value against the dollar in just over two months.

“Looking ahead, the outlook for the ruble depends on what happens to oil next,” Ermolenko said in emailed comments.

“For now we expect oil to end the year at $ 55 per barrel, meaning the ruble should stabilise around its current level.”

The central bank is expected to announce on Friday whether it will cut interest rates further, but the ruble’s plunge could lead the authorities to decide against it to prevent inflation from spiralling out of control.

Last month, the Bank of Russia cut its interest rate for the fourth time this year to support the struggling economy.

The Ukrainian crisis has led to unprecedented Western sanctions on the Russian economy, and last year’s collapse of oil prices plunged Russia into a monetary crisis at the end of 2014 that has led to a deep recession.