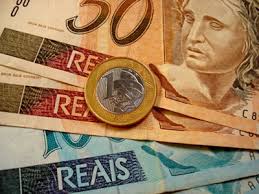 The Brazilian real dropped for a sixth straight session, losing about 2 percent to trade at 3.56 per dollar, its weakest since March 2003.

Rousseff’s popularity has been hammered by a huge corruption scandal involving state-run oil firm Petrobras SA and an economic downturn that is pushing the country into its worst economic downturn in 25 years.

At the same time, the nation is struggling to tighten spending and fend off a sovereign credit downgrade, with investors closely attuned to any political turbulence that could knock those efforts off track.

“The market is now working under the assumption that she will be pushed out of office in the short term,” said Paulo Petrassi, a partner with asset management firm Leme Investimentos in Florianopolis, Brazil.

“The initial reaction would be bad for the real, but we will likely see it rebound soon after, because this is the only way we’re going to get things back on track.”

Other factors weighing on the real, which has weakened over 25 percent against the dollar this year, include lower global commodities prices and the outlook for higher interest rates in the United States.

Local brokerage Bradesco Corretora on Thursday revised its year-end outlook for the real to 3.60 per dollar from a previous estimate of 3.25.

Meanwhile, yields on Brazilian interest rate futures jumped across the curve following the release of minutes from the central bank’s most recent rate-setting meeting.

While most investors expected a clear signal that the recent rate-hiking cycle was over, the bank left the door open to further hikes should inflation forecasts worsen significantly.

Currency moves were muted across the rest of Latin America, with the Chilean and Colombian pesos both about 0.2 percent weaker and the Mexican peso up 0.1 percent.