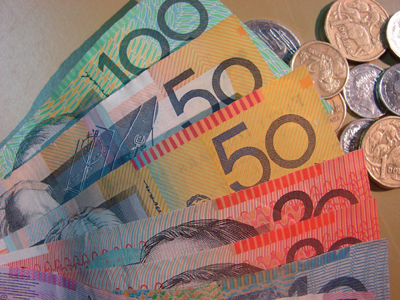 SYDNEY: Analysts have again cut their forecasts for the Australian and New Zealand dollars to reflect the diverging outlook on interest rates between the Antipodean nations and the United States. A Reuters poll of 50 analysts found the Aussie was seen falling to $ 0.7100 on a 12-month horizon, compared with July’s forecast of $ 0.7300.

It touched a six-year low of $ 0.7234 last week to currently stand at $ 0.7366, a level that seems better suited for the Reserve Bank of Australia (RBA) which surprised some by recently dropping an explicit call for a lower currency The Aussie has shed around 10 percent this year and the RBA noted there was a ‘reasonable chance’ it would fall further once the Federal Reserve started to tighten monetary policy this year. Higher US rates would likely light a fire under the US dollar.

In contrast, markets are wagering a steady rate outlook in Australia, pricing in around 50-50 chance of an easing to a record low of 1.75 percent on a 12-month horizon.

A separate survey of around 45 analysts showed forecasts for the New Zealand dollar had also been sharply downgraded for the second consecutive month.

The currency hit a six-year trough of $ 0.6480 on Wednesday, partly undermined by expectations of further easing by the Reserve Bank of New Zealand. Analysts forecast at least one more cut before the end of the year. It last traded at $ 0.6563.