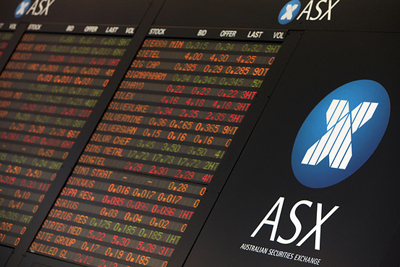 Financial regulator the Australian Prudential Regulation Authority said last month the nation’s biggest banks had to hold more capital reserves as a buffer against mortgages, as part of a global move to strengthen the sector after the financial crisis.

ANZ’s capital raising surprised the market with shares in the bank falling as much as 8.5 percent to Aus$ 29.80 on Thursday, the biggest fall in almost seven years according to Bloomberg, after exiting a trading halt. The stock closed 7.49 percent lower to Aus$ 30.14.

Shares in the Commonwealth Bank of Australia and Westpac closed 3.84 percent and 3.26 percent lower respectively.

The National Australia Bank — which already announced the country’s biggest ever rights issue to raise Aus$ 5.5 billion in May — was the least affected, with its stock ending the day’s trade 2.29 percent lower.

“That was a little bit of a surprise,” Morningstar’s head of banking research David Ellis told AFP of ANZ’s capital-raising announcement on Thursday.

“ANZ has been quite clear and quite firm in the last six months or so… that they weren’t going to raise any more capital than they absolutely needed.”

Ellis said the bank’s trading update, also on Thursday, disappointed the market after it reported a softer-than-expected cash profit of Aus$ 5.4 billion for the nine months to June 30 and increased its provisions for bad debt, which reflects borrowers’ defaults.

Among the larger Australian lenders, ANZ is also the most exposed to mining and agribusiness companies, which have been hit by plunging commodity prices, Bell Potter banking analyst TS Lim told AFP.

The weakness in share prices are a reflection of investor concerns that capital raisings would result in lower dividends, Lim said. But he added that such fears were unlikely to be realised, noting that NAB’s payment ratios were already fixed for the year.

“At the end of the day, (capital expansions) are much better for them in the long run,” he said, adding that the sector would become more resilient to financial shocks.

Ellis said despite the dive in commodity prices, Australia’s economy remained fairly robust, with most of the country’s growth driven by the services sector, which has been boosted by the falling exchange rate.