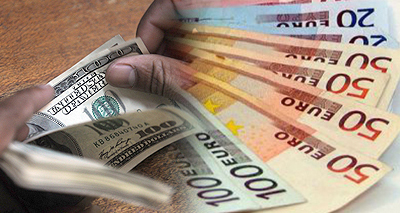 Dollar slips vs euro, yen after US jobs report

NEW YORK: The dollar fell against the euro and the yen Friday, despite a solid US jobs report that raised expectations that the Federal Reserve will soon lift interest rates.

The dollar initially rose after the report, which said the US economy added 215,000 jobs in July and that unemployment held steady at a seven-year low rate of 5.3 percent.

However, the greenback later retreated against the euro and the yen, although it remained higher against the Swiss franc and the British pound compared with Thursday.

She and others said the jobs data boosts the chances the Fed will lift rates, perhaps as soon as next month.

“Not only does today’s report leave September liftoff on the table but we believe it hardens the case for tightening at the next monetary policy meeting,” Lien said.

“The initial dollar rally indicates the market understands the positive implications of today’s report. We view the latest pullback in the dollar as an opportunity to buy the greenback at lower levels.”