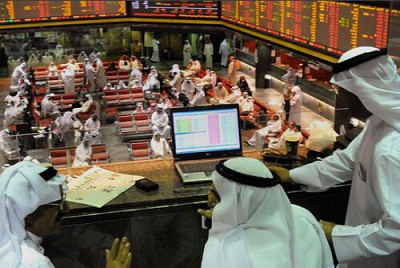 DUBAI: Most stock markets in the Gulf edged down in early trade on Sunday after oil prices hit fresh multi-month lows.

Crude oil dipped on Friday, posting a sixth straight week of losses, as the approaching end of the U.S. summer driving season suggested a growing surplus in gasoline supply.

Although most listed companies in the Gulf have no direct exposure to oil, government spending fuelled by oil revenues is the main driver of economic growth in the region.

Dubai’s index fell 0.7 percent with most stocks in the red. Developer DAMAC Properties, the most traded stock, dropped 2.2 percent after surging last week on strong quarterly profit and the announcement of its first cash dividend.

Kuwait’s market slipped 0.1 percent and Oman’s index was flat, although Renaissance Services dropped 2.3 percent after it said it would continue repurchasing its mandatory convertible bonds.