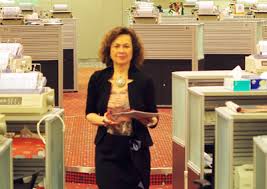 Meanwhile the dollar gained against the yen after upbeat jobs data on Friday added to expectations the US central bank will raise interest rates as early as September.

Shanghai led the gains, with shares surging up to 4.5 percent by mid-afternoon as speculation the government will accelerate mergers between state-owned enterprises and release new funds to support the market outweighed poor trade data.

“The 8.3 percent decline in China’s exports are a key factor, but Chinese equities are rallying today on the idea of further easing measures,” said Chris Weston at IG Markets.

Chinese shares have been on a rollercoaster ride since June, prompting Beijing to unleash an unprecedented wave of measures to reassure investors after the market collapsed by some 30 percent in under a month.

Stocks surged for a second day after China’s securities regulator late on Friday, in a fresh move, said it had called on securities brokers and fund managers to help stabilise the market.

Shares in Chinese shipbuilders also got a boost on Monday from reports Beijing plans to merge China Shipping Group and Cosco Group amid a broader overhaul of inefficient state-run companies, Bloomberg News reported.

China Shipbuilding Industry jumped 9.8 percent in Shanghai, while China CSSC Holdings was up by the maximum 10 percent.

“State owned enterprise mergers are an investment theme that’s quite certain and there are signs that the move will speed up,” Li Jingyuan, a general manager at Shanghai Zhaoyi Asset Management, told Bloomberg News.

The gains came after trade data showing China’s exports plunged 8.3 percent from a year earlier, while imports dropped 8.1 percent, added to concerns over the health of Asia’s largest economy.

Beijing on Sunday said inflation rose 1.6 percent in July, well below the government’s annual target of three percent, while producer prices declined to their lowest level since late 2009.

The news will likely hit commodities and particularly base metals, analysts said, which plumbed to multi-year lows last week over signs demand is waning in massive importer China.

Higher rates tend to push up the US currency, which in turn makes dollar-priced commodities less attractive to international investors and so dents prices.

Oil prices continued their decline, also coming under pressure after reports of a rise in US rigs added to concerns of a supply glut — globally and particularly in the world’s top crude consumer.

In currency markets, the dollar pushed higher after news the US added 215,000 jobs in July and unemployment held steady at a seven-year fuelled predictions the Federal Reserve could raise rates as early as September.

“Expectations around an upcoming move on rates from the Federal Reserve have picked up somewhat, with the implied probability now sitting at 54 percent,” said Weston.