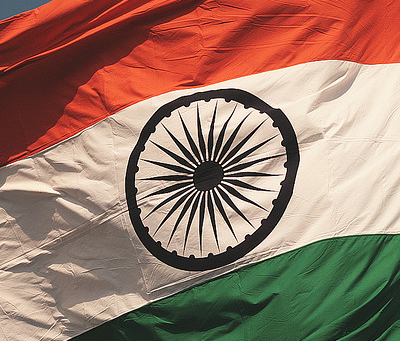 MUMBAI: Indian shares rose on Monday, with the NSE index heading for its highest close in almost three weeks, led financial and IT stocks on the back of value buying and hopes that there would be some progress on key reforms in parliament.

Investors are hopeful that the government would be able to pass the Goods and Service Tax (GST) Bill in the monsoon session of Parliament which ends on Thursday.

“We expect some decision on the GST front before or on the last day of parliament, which will translate into positivities for the market,” said Gaurang Shah, vice president at Geojit BNP Paribas.

Shah said while other Asian markets did not perform well on Monday, Indian shares stood out, reflecting some foreign investor interest.

Asian shares edged up but held near 1-1/2 year lows after Chinese data highlighted a deepening slowdown in demand in the world’s industrial powerhouse.

The BSE index gained 0.47 percent, while the 50-share NSE index rose 0.44 percent, heading towards its highest close since July 22.

Tata Motors also recovered after falling as much as 2.5 percent earlier in the day. Analysts have trimmed their estimates on the stock but have kept their “buy” rating, saying the company’s China related weakness looks largely discounted and valuations remain supportive.

Gujarat State Petronet gained as much as 13 percent to a record high after the company reported better-than-expected quarterly earnings.