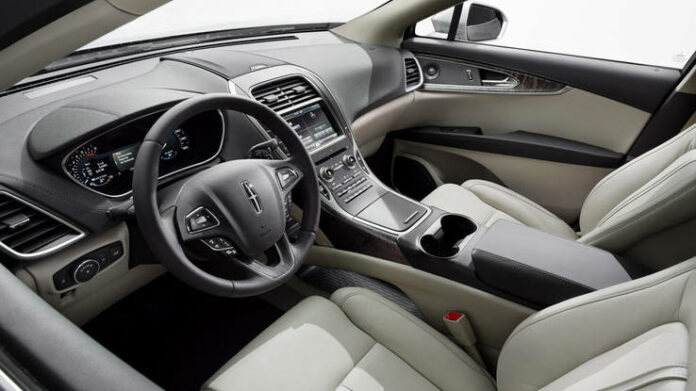 The quick and easy answer is that Lincoln’s 2016 MKX is the new-for-’15 Ford Edge wearing lipstick and some fancy duds. Dig a little deeper though and the changes are many. No body panel or interior piece is shared between the two, and the looks longer, lower and wider than the outgoing MKX. It’s actually about the same length as the old one but is less tall and a bit wider. It looks sort of like an MKC set at 125% on a copier. The MKX and Edge share platforms and some underpinnings (the MKX’s suspension is far more sophisticated and adjustable), and the two crossovers are built at the same plant. That’s about it for the similarities. Bottom line is the midsize luxury utility market is hot, hot, hot; wants to stay in the thick of it and borrowing a bit from the Edge sped things up. Ford’s upscale division did a nice job distinguishing the MKX from its Ford sibling.

The new MKX has many goodies, as should an SUV aimed at the affluent. There are no overworked four-cylinders available to haul the 4,447-pounder around. Base engine is the tried-and-true 3.7-liter six making 300 hp, while the optional engine is Ford’s 2.7-liter twin-turbo six as in our tester. Output is up 65 hp on the class-leading Lexus RX. So there’s that. There’s also Pre-Collision Assist with Pedestrian Detection (helping earn the X the National Highway Traffic Safety Administration’s overall 5-Star crash rating); a dynamite interior with terrific materials and build quality; optional 22-way adjustable front buckets; and last but certainly not least the Revel stereo, developed with Harman, offered in 13- and 19-speaker forms. Harman went so far as to employ professional listeners — an occupation we’d not heard of — to help develop the system, starting work on it back when the MKX was still a clay model. Lordy, it sounds good. 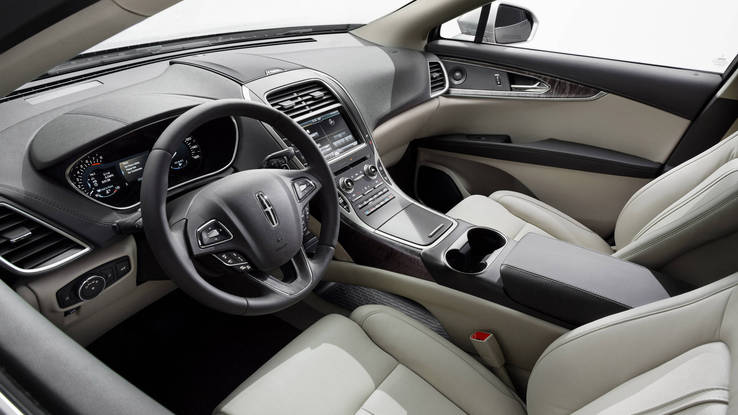 The MKX is the first Lincoln to offer the Revel audio system. Photo by Lincoln

When the Lincoln peeps dropped the new MKX off at Autoweek HQ, they said one goal was “quiet luxury,” a clichéd phrase we suspect automakers sometimes use when they don’t know how else to describe their latest and greatest luxowhatever; but these guys weren’t kiddin’ around: This baby cruises down the road with the best out there in terms of quietness and smoothness. The X really shines on the freeway, where there’s little to no tire and/or wind noise — at 70, 75, 80 mph. The thing is whisper quiet, quieter then most other SUVs we can think of. Sound-deadening efforts such as active-noise control and laminated glass really paid off. It’s calming.

Meanwhile, the 2.7-liter EcoBoost six delivered a nice mix of throttle response, refinement and power. claims 26 mpg on the highway, and while we didn’t measure highway mileage exclusively, we averaged almost 19 mpg in a city/hwy combo over a few days of driving.

The drive modes — normal, sport and comfort — do indeed make a difference, performing as they’re labeled, adjusting suspension and steering effort. We found the softer comfort mode best around ’s pockmarked streets, while normal or sport worked best on the freeway. In all modes, body roll is decently minimal, steering fairly communicative. There’s an auto hold function that, as says, “relieves the driver from having to press the brake pedal continuously to keep the vehicle stationary in traffic.” Ooookay. Didn’t know holding the brake with one’s foot was such a chore, but there you have it.

The interior is a fantastic place to spend time — comfortable, beautifully built, good looking, and the materials look and feel great. Having push-button shift rather than a gear lever frees up center-console space, or at least gives that impression. Is it the best interior among automakers? We can’t immediately think of a better one.

Back to the stereo for a sec: The sound is crisp and clear. There’s traditional stereo sound, as well as Audience and On Stage, the latter two designed to make you feel like you’re at a concert in the front row or playing in the band. Lincoln called it “the best audio system in the business.” Having not tried each and every one back to back, we don’t know if we’d go that far, but it does sound killer, as the kids say. 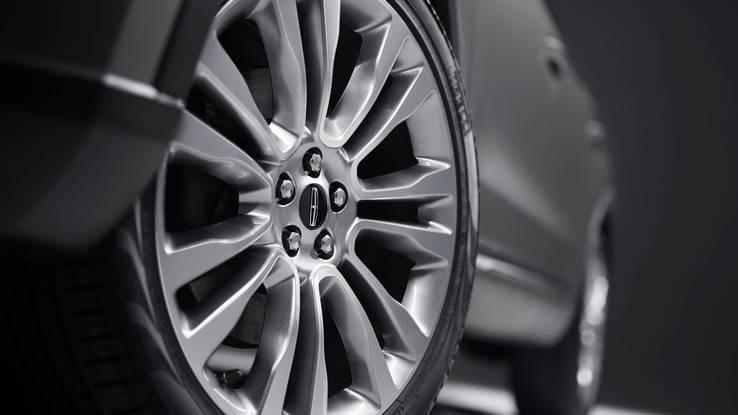 Well, it’s a nicely done, good-looking crossover, inside and out. We’re guessing that in addition to the above-mentioned RX, Lincoln is also eyeballing the BMW X5 and perhaps the just-launched Volvo XC90. Maybe the Acura MDX, too. Against those, we think the competitively priced MKX has a fighting chance.

Wes Raynal – Wes Raynal joined Crain Communications’ circulation department while still in college. When he graduated in 1986, he became a reporter for Autoweek sister publication Automotive News. He has worked as Autoweek’s associate editor, news editor, motorsports editor and executive editor before being named editor in 2009. Read more »
See more by this author»