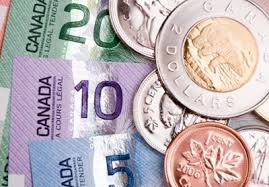 TORONTO: The Canadian dollar dropped against its US counterpart on Tuesday, reversing the previous session’s hefty gains, as oil prices took a beating following China’s surprise move to devalue its currency.

The yuan had its biggest decline in more than two decades after the Chinese central bank devalued it by nearly 2 percent overnight in China’s latest attempt to bolster its economy following a string of poor economic data.

China is one of the world’s largest natural resource consumers, and the move triggered a selloff in dollar-priced commodities, such as crude, which is a key Canadian export.

Benjamin Reitzes, senior economist and foreign exchange strategist at BMO Capital Markets, said that with oil near multi-year lows, “it’s not good news for the Canadian dollar, that’s for sure”.

“It’s a big move from China’s perspective, but a 2 percent move in the currency is not a big one from a global perspective. You get 2 percent moves in most floating currencies on a somewhat regular basis, especially these days.”

A slowdown in China’s economy, which is still expected to grow by around 7 percent this year, has been a key driver for oil’s plunge over the past year along with rising global supplies.

It is too early to speculate on the longer-term impact of the yuan devaluation, Reitzes said, adding that it should not derail the US Federal Reserve’s plan to tighten monetary policy. Some market participants, however, may view the move as a trigger for a currency war, which could further strengthen the greenback, he added.