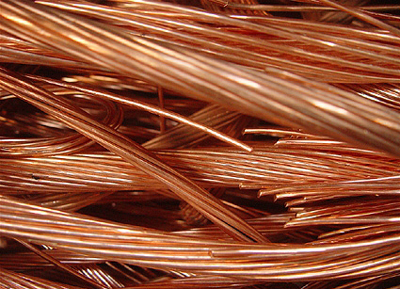 LONDON: Copper and aluminium hit six-year lows on Tuesday after China devalued its currency, fuelling worries about a glut of aluminium and boosting the cost of commodities for the world’s top metals consumer.

Zinc spiralled to the weakest in nearly three years as the currency move unleashed a wave of speculative selling across the metals complex on the London Metal Exchange, which has shed about 16 percent so far this year.

It reversed a rally in the previous session as bears got the upper hand again.

“It really suggests that these markets are incredibly weak,” said Justin Lennon at Mitsui Bussan Commodities USA in New York. Three month LME copper closed down 3.5 percent at $ 5,125 a tonne after sliding to $ 5,109, the weakest since July 2009.

It more than wiped out the 2.6 percent gains from the previous session.

“The devaluation will make commodities more expensive for China to import, so I would imagine that is the main reason for the negative reaction,” said Caroline Bain, senior commodities economist at Capital Economics in London. The devaluation also makes exports more competitive, which may eventually increase industrial production and demand for metals, Bain added.

“We’re not too worried because ultimately it could be a factor in a pick-up in activity in the second half of the year. It could be positive for commodities in the medium term even if the initial reaction is negative.” Aluminium ended 1.9 percent lower at $ 1,587 a tonne after touching $ 1,573.50, the lowest since July 2009.

The metal used in transport and packaging has been pressured by heavy exports from China and the devaluation has the potential to increase the viability of further shipments, adding to oversupply.

China devalued its currency after a run of poor economic data, a move it billed as a free-market reform but which some suspect could be the beginning of a longer slide in the exchange rate. “Fundamentally I still have a lot of questions.

I still wouldn’t be surprised if we see copper touching $ 4,700 this year,” said analyst Dominic Schnider of UBS Wealth Management in Hong Kong.

Adding to the gloom was a survey showing the mood among analysts and investors in Europe’s largest economy Germany worsened more than expected in August.