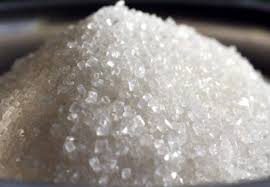 LONDON: Raw sugar futures on ICE eased on Tuesday but remained above the seven-year low hit in the previous session, while arabica coffee rose on technically driven buying and cocoa held steady.

October raw sugar futures on ICE fell by 0.09 cents per lb, or 0.85 percent, to 10.48 cents by 1338 GMT, having touched 10.37 cents a lb on Monday, the lowest since June 2008. The low was triggered after Brazilian cane data showed a rapid cane crush in centre-south Brazil in the second half of July.

The data, released in the final hour of trading on Monday, showed Brazil’s main centre-south cane crush surged to 49.44 million tonnes, at the top end of expectations.

“The UNICA data for the second half of July was better than expected and much better than the fortnight before,” said Michaela Kuhl, analyst at Commerzbank. Nick Penney, a senior trader with Sucden Financial Sugar, said: “The Unica report largely confirmed that, despite lower values, production continues apace.”

He added that if prices recover to trade above 11 cents a pound, basis front-month October, he suspects that Brazilian and Thai producers would look to sell more.

“If it goes higher from here, it will be system and fund driven,” a senior European coffee trader said. September arabica coffee traded up 0.25 cents, or 0.2 percent, at $ 1.3375 per lb, having earlier touched a two-month peak of $ 1.3685 per lb, underpinned by concerns over tight supplies in Brazil.