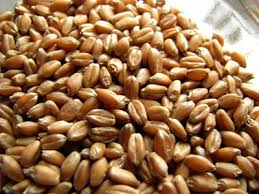 KIEV: Ukrainian farmers have almost completed the 2015 wheat harvest, threshing a bunker weight of 26.2 million tonnes of wheat from 98 percent of the sowing area as of Aug. 11, agriculture ministry data showed on Tuesday.

Ukraine had harvested 23.3 million tonnes of wheat by the same date in 2014, the data showed.

The wheat yield has decreased to 3.92 tonne per hectare this year from 3.98 tonne a year earlier.

The ministry also said that Ukraine had harvested a total of 35.7 million tonnes of grain so far in 2015, compared with 33.8 million tonnes a year earlier.