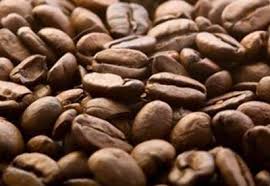 The world’s biggest robusta producer is sitting on huge stocks before its next harvest due late October, putting pressure on Vietnamese exporters who would have to part with some of their stocks to make room for new beans.

“Both sellers and buyers do not have much large orders now for execution,” said a trader at a foreign company in Ho Chi Minh City, adding a few foreign buyers bought in small quantities to cover their short positions.

Vietnamese robusta beans grade 2, 5 percent black and broken were offered unchanged at premiums of $ 50-$ 60 a tonne to the November ICE contract.

Slow selling, coupled with hoarding in the domestic market since late February, has pushed some foreign buyers to purchase Indonesia robusta or Brazilian conilon, traders said.

Last week, traders forecast Vietnam’s August coffee exports at between 100,000 tonnes and 120,000 tonnes, against a government estimate of 115,000 tonnes for July.

Vietnamese exporters and speculators are expected to reduce inventory in October and November, making room to store fresh beans from the next harvest, which is due to peak from late November, traders said.