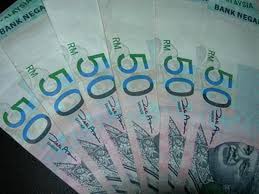 KUALA LUMPUR: Malaysia’s ringgit currency suffered one of its worst one-day declines on Friday, falling to a fresh 17-year low in a protracted slide blamed on concerns over low oil prices and political uncertainty.

The ringgit has declined more than 25 percent over the past year and it weakened another 1.74 percent to 4.0805 to the dollar by late afternoon trading on Friday.

It had lost nearly three percent of its value earlier in the day — its biggest drops in almost 20 years — after oil prices tumbled to fresh six-year lows.

Malaysia is an oil exporter and there is rising concern that slumping crude prices will curb economic growth.

Investor sentiment in Malaysia has also been hit by political turmoil stemming from corruption allegations involving Prime Minister Najib Razak, and China’s surprise devaluation of the yuan this week.

Asia’s worst-performing currency over the past year, the ringgit slid through the key 4.0 barrier Wednesday for the first time since 1998, when a financial crisis rocked Asia.

The peg was lifted nearly seven years later, and central bank governor Zeti Akhtar Aziz said on Thursday that there were currently no plans to revive it.

On Thursday the government announced Southeast Asia’s third-largest economy grew 4.9 percent in the second quarter, down from 6.5 percent in the same period of 2014 and its slowest rate in nearly two years.

A series of investigative media reports have alleged that hundreds of millions of dollars have gone missing from deals involving 1MDB, which Najib launched six years ago and remains close to.

The government has since called them “donations” from unidentified overseas sources, but no details have been provided.

Najib, who denies wrongdoing, appears to have asserted control with a cabinet shuffling two weeks ago, but analysts and traders say the uncertainty is not helping sentiment.

Foreign investors have pulled $ 3 billion out of Malaysia this year, according to Bloomberg News.