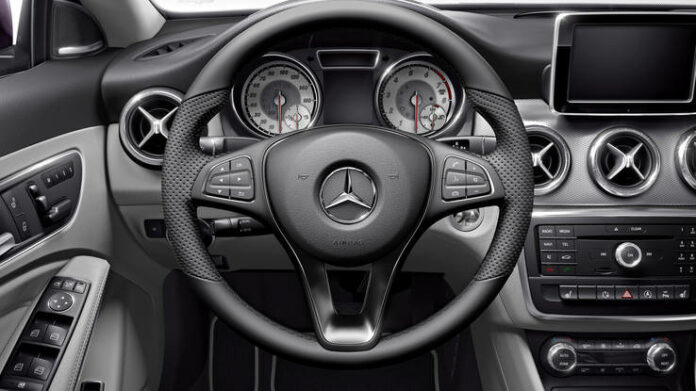 EDITOR WES RAYNAL: I like the CLA250 — it’s stylish and damn near proportionally perfect to my eye. It’s well equipped and has a nice cabin worthy of a more expensive car (though the back-seat room is tight). The chassis feels sure-footed, and since this is all-wheel drive there’s grip aplenty. Like other CLAs I’ve driven, there’s a weird sensation, a lag, when you shift the car into gear. Put the car in drive and nothing happens until you give it some throttle, then the car can jerk forward. Like I said, weird, even though the more time I spent behind the wheel the smoother and more practiced I got at launching.

I don’t know if it’s the transmission or the turbo-four causing the above mentioned. Maybe it’s both. Once underway everything’s fine: plenty of power and this is one hell of a flexible four-cylinder (it’s also noisy at idle). The car has a light-on-its-feet feeling. It’s agile. The ride is firm(ish), but potholes didn’t seem to upset things. As I said, the grip is high, which allows slicing through corners quickly — there’s little body roll.

The car seems to be selling well — 16K and change have moved so far this year, compared to 5,300 small BMWs. About 17,000 Audi A3s have sold in that same period. I suppose it’s a bit early to find out how the CLA is impacting the three-pointed star long-term, a question we’ve been raising since the car came out. Does Mercedes, BMW, Audi and, yes, Cadillac all building more down-market models so to speak devalue their brands? Do people even care? I’m convinced Benz, BMW, Audi and maybe even Cadillac buyers stay in their own yards. A Benz owner thinks the BMW guy is a poseur, the BMW pilot thinks the Benz owner is an old fart, the Audi driver thinks both Benz and BMW are for Florida retirement communities and Cadillac — well, I’m not sure what the hell is going on with Cadillac. Does it even have any fans? Sales are down in the first six months of the year. Truck sales are strong, cars are weak. I’m thinking at this point Cadillac would just like more owners, period. Nevertheless, I certainly can’t blame any company attempting to attract younger buyers. When it launched the CLA, Benz said it believes its brand “strengths” allow it to expand toward young customers who might never have considered a Mercedes-Benz before, rolling the dice in offering less expensive, less premium cars and hoping it doesn’t dilute the identity. In other words, “this ain’t charity work, kids; we’re in this to make money and we gotta figure out a way to replace our old buyers.” That’s true for any company, not just premium automakers.

All that said, the CLA250 is a nice little car. 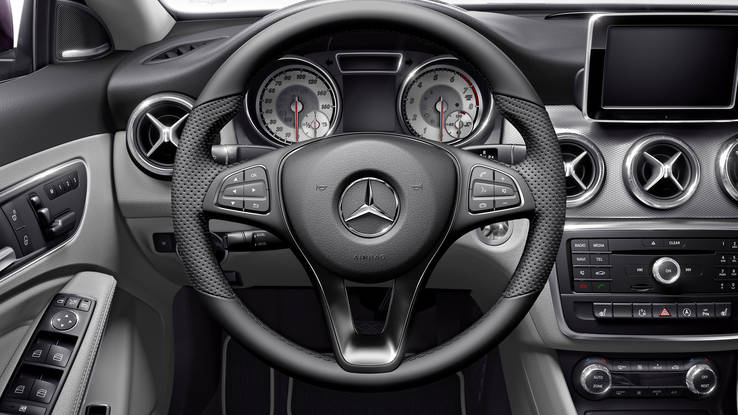 ASSOCIATE EDITOR GRAHAM KOZAK: “Premium” and “luxury” aren’t mutually exclusive, but the two terms aren’t quite interchangeable either. Take the Hyundai Equus. By any metric, it’s a luxury car — it certainly checks all the requisite boxes, doesn’t it? But Hyundai isn’t perceived as a premium brand, and there’s not much it can do about that in the short term.

We’ve harped on interior quality before, but it’s really not bad – it’s just not as nice as the rest of the Mercedes-Benz lineup.

So, while CLA isn’t a terrible car by any stretch of the imagination, it just doesn’t do many luxury car things very well. You don’t feel pampered at any point during the drive experience, even if it all does seem fairly well engineered, fairly honest — the Germans don’t lie about fuel economy, to their credit — and fairly well bolted-together.

But if we consider Mercedes-Benz to be a premium company that happens to build some luxury cars, the CLA makes a little more sense (at least to me). That’s the position the automaker occupies in other markets, where loaded S-classes, utilitarian G-wagens and tiny A-class city cars all seem to coexist happily, and E-class sedans of varying trims can serve as both taxi cabs and personal vehicles for upper-middle-management types.

I’m not sure what, exactly, goes into establishing a brand’s premiumness — or keeping it locked down for generations. If I understood how it all worked, I’d be making the big bucks as a Brand Consultant or something. Regardless, recognizing the luxury/premium distinction helps make a case for the CLA — and excuses some of what we perceive as its shortcomings. Want less plastic in the cabin? Should have gone the luxury route with a C-class, but at least you can be proud to be seen driving a premium product!

On the other hand, if you admit that the CLA is a non-luxury car from a premium brand, you’ll have to face the fact that you just paid $ 46,460 for a car that’s not really any more opulent than a loaded Buick Verano. If that doesn’t phase you, go for it. 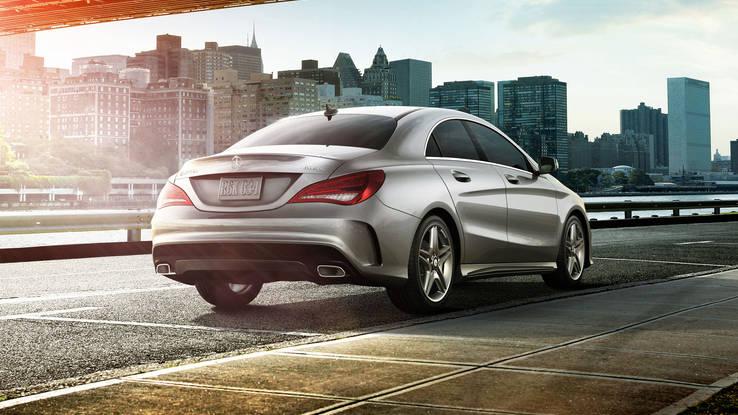 EDITORIAL INTERN JUSTINE WOODARD: I would have to agree with Wes on just about everything. I took the CLA250 home for the weekend, and the first thing I noticed was the roominess of the front seats. I didn’t like the infotainment system because you could only view one program at a time, whether that’s radio, navigation or media. I’m used to viewing everything at once on my Ford’s system. I also felt like something was missing on the dash, but I couldn’t put my finger on it.

My fiancé and I drove to Toledo, and the hour drive felt like half that in the Benz. With the vehicle being so low to the ground, I thought I might feel every bump, especially with the highway being full of construction. The CLA surprised me: The ride was smooth over most of the bumpy stuff.

The transmission did shift seamlessly, but I hated putting the car in reverse because, as Wes mentioned, you had to give it a little bit of gas to get the car rolling and it would send you jolting backward.

My brother and sister wanted to take a ride in the Merc because they thought they might never get the chance again. They quickly realized there was not much room in the back. My sister sat down and said, “Now that I’m in it, it is not all that.” She quickly jumped out of the car and hopped into another car. In Mercedes’ defense, she’s 15 years old and is always moving from one thing to the next.

I think my teenage little sister is mistaken about the German car. It is all that. Well, at least, some of that. I had several people come up to me and tell me how beautiful the car was, and the stares I got on the road were great. Little cars from Audi and BMW have some competition with this CLA … who cares about diluting the brand anyway? 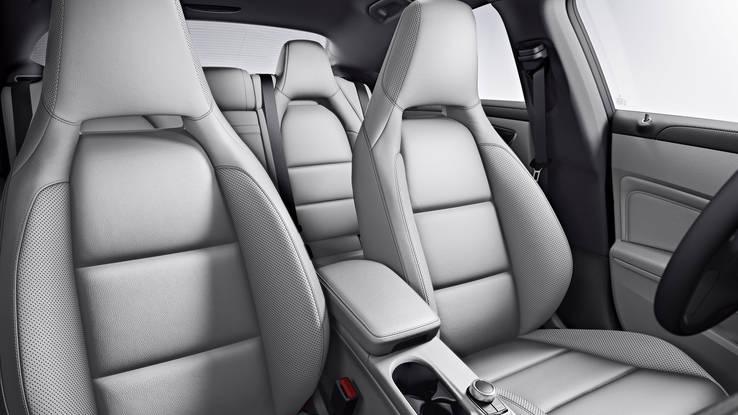 The exterior’s sporty appearance also carries through to the vehicle interior. Photo by Mercedes-Benz