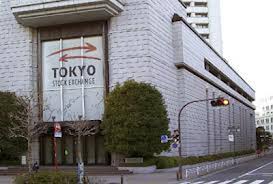 Official data showed Japan’s economy contracted 0.4 percent in the April-June quarter, or an annualised 1.6 percent, due to weak spending at home and slowing exports.

Still, the figures came in slightly better than the market’s expectations for a fall of 0.5 percent, or 1.8 percent on a yearly basis.

Others said broad-based weakness in the economy would heap pressure on the Bank of Japan to expand to its already record 80 trillion yen ($ 640 billion) annual asset-buying scheme.

The programme is a means to pump money into the economy and kickstart growth, similar to the US Federal Reserve’s quantitative easing.

“The slump in output last quarter should be followed by a tepid recovery in the second half of the year,” said Marcel Thieliant from Capital Economics.

“We remain convinced that the Bank of Japan will announce more easing in October.”

Toyota slipped 0.16 percent to 7,932 yen, following news that it would keep production at a plant in Tianjin closed through Wednesday after two giant explosions in the Chinese port city last week.

Massive blasts at a chemical storage facility killed more than 100 people and injured over 700, and the accident has also raised fears about toxic chemicals poisoning the air.