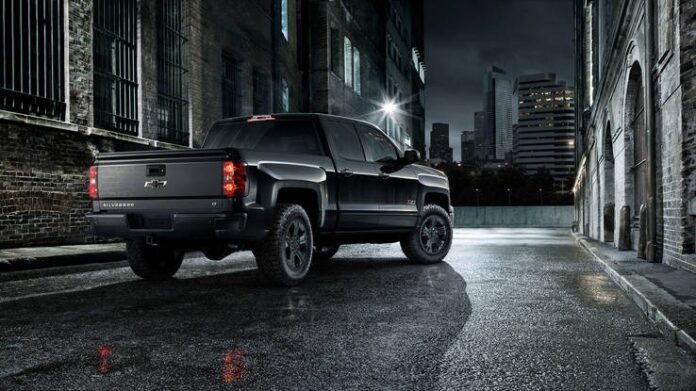 ROAD TEST EDITOR JAKE LINGEMAN: This pickup is what Barney Ross from “The Expendables” would drive if he didn’t have that sweet old ’55 Ford. It’s the best looking stock truck on the market, hands down. The Midnight Edition adds black everything making this truck look super sinister, but also ready for off-road work with those tall, knobby tires. I love the rounded-but-square look at the corners. And the tailgate has a soft-open function, which lets it down softly instead of slamming.

Inside, it’s black leather all around. The seats are power adjustable, and I had no trouble finding a good driving position. The touchscreen radio instantly connected to my phone, and the speaker setup ain’t half bad either. This crew cab edition looks to have plenty of space for coworkers in back, but this ride is almost too nice for the daily grind. I’d keep it as sort of a Saturday night special, but if I needed to plow through some brush, it would do that too. I’d add a big push bar to keep the look going.

The big V8 has plenty of power once you’re rolling, but trying to take off hard from a stop just gets you wheel hop and jerkiness. It’s the same around a corner; it just can’t put that power to the ground. There’s no cutting up apexes in this truck: thankfully, if you miss, it has no problem going in the dirt. Backing out of spaces and moving slowly, this truck doesn’t feel as big as I thought it would. The bed is short, which helps. The only time I sensed its length and mass was when trying to change lanes on the expressway. The eight-speed auto is smooth and doesn’t have a lot of surge when changing gears.

Like I said, it has those giant tires, which weren’t that loud at speed, but look like they could go through or over anything. There’s a lot of wheel well and a lot of travel in those dampers. I didn’t take it off-road, but I would have if ‘d had time. Bigger potholes were noticeable in the cabin, but there weren’t any worries about tires or rims. That fact alone makes this a great car for Detroit. Steering is significantly weighted, but not a chore. It wasn’t nearly as heavy as the Mulsanne.

Personally, I would spec out the cheapest truck I could find with the Midnight Edition and buy that. They’re all Z71s, so you get some off-road bits. I’d like to get it under $ 50,000, but looking at the options, I don’t know if that’s possible. 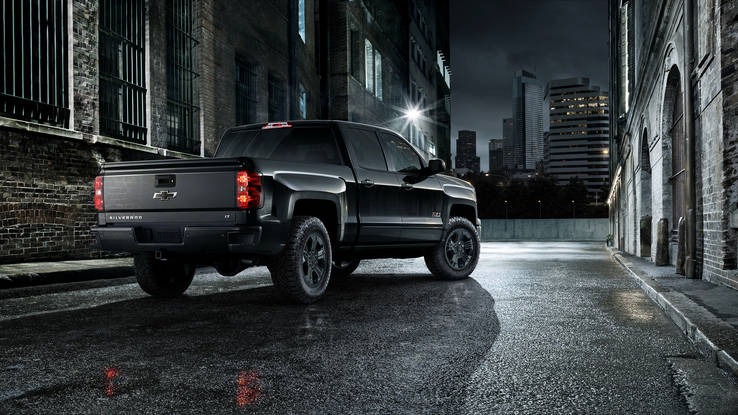 The Silverado has a soft-dropping tailgate that doesn’t slam down when you pull the handle.

DIGITAL EDITOR ANDREW STOY: I worked at a new car dealership many moons ago, and one of the tricks we employed to move slow-selling metal was to add accessories to emulate the “street scene” at the time. It never failed — you’d take a truck that had been in inventory for two months, add big wheels, tube steps and a bed cover, park it out front and it would be sold in 48 hours. I always wondered how long it would take before the manufacturers caught on and cut out the middleman.

Credit Chevy for noticing how popular the “murdered out” blackout look has gotten (and that folks like to paint their Chevy bowties black) and delivering a truck that gives ’em everything they want in a fully warrantied package. Whether or not it suits your taste, this thing has serious presence, but with all the smooth, comfortable drivability of grandpa’s Silverado. Having spent a year with our long-term Silverado 1500, I expected the near-luxury interior; what surprised me was how quiet the chunky Goodyear mud rubber was even at freeway speeds. No drone, no roar, just smooth highway cruising.

If you want a full review of the Silverado, you can find one elsewhere on the site — here and here, for example. There’s no point in rehashing what we’ve already said, except to restate that this is an everyday truck — it’s something you could comfortably drive and live with as long as you had ample parking, and the Midnight Package does nothing to change that fact.

That brings us to price: Yes, $ 56K is a lot of money for a truck (or at least it used to be), but I challenge you to build the equivalent package in the aftermarket, using a new Silverado, for less. Don’t bother trying — the wheels alone will cost you as much as the Midnight Package in its entirety. For those who say, “that’s 335i money!” you’re right, but this thing’s got twice the interior space, can carry a yard of mulch and tow 6 tons. Who gives a damn what its Nurburgring time is? 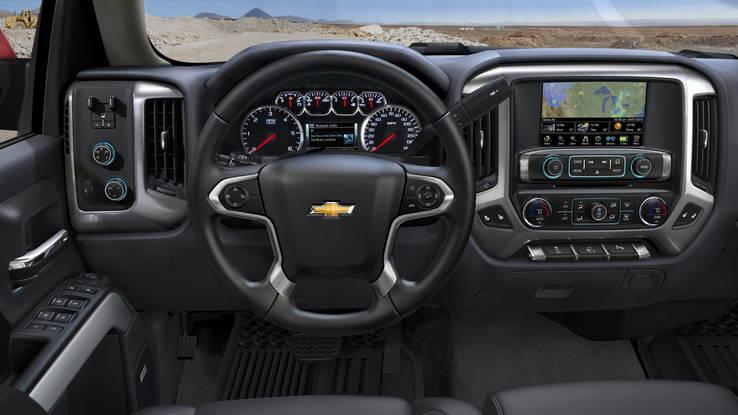 Who gives a damn what its Nurburgring time is?

EDITOR WES RAYNAL: I’m in the “nice truck” camp, but then, it’s a full-size pickup and I like most of ’em out there.

We loved the way our long-term Silverado drove. When it was introduced, it was the best in the land in terms of quiet, smooth operation. That’s why we named it our Best of the Best, no doubt. Perhaps the F-150 has caught or surpassed it. I don’t know. I need to drive them back to back.

This one drives just as well and I too was surprised how quiet the Goodyear tires are in town and on the freeway. As Stoy says, no drone, no roar, just smooth highway cruising. The overall driving is quiet and smooth as the long termer was. Nice.

I like the blacked-out look — came just in time for me to take to the Woodward Dream Cruise, where it got its share of looks. The Midnight Edition includes the black grille, bumpers, badges, door handles and wheels. Chevy is doing 5,000 of them.

There’s also the Rally Edition, Custom Sport Edition and Black Out. I like the Custom Sport too — all white with black wheels. Looks cool.