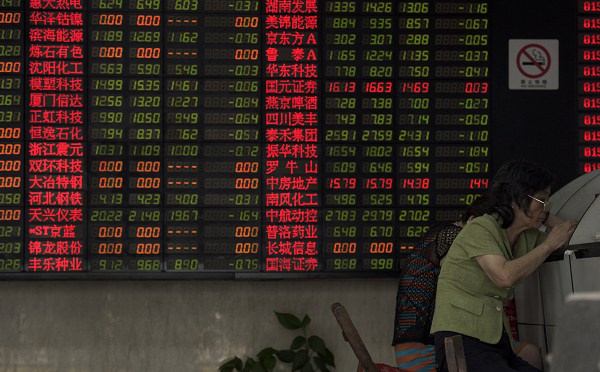 HONG KONG: Shanghai led a regional markets sell-off Monday after another round of disappointing Chinese data at the weekend, with investors concentrating on a crucial US interest rate decision at the end of the week.

There was little reaction to news that Beijing intends to overhaul its vast state-owned firms in a bid to give a boost to the world’s number two economy, while an earlier rally in some riskier assets petered out.

China on Sunday released another set of figures that underline weakness in its huge economy — the main driver of global growth — following soft reports last week.

The government said growth in industrial production increased below expectations in August while retail sales accelerated a little more than forecast.

A gauge of manufacturing this month showed the sector contracting in August, while inflation in consumer prices rose but those at the factory gate fell at their fastest pace in six years owing to slowing overseas demand and a slack property market.

While the data is soft, analysts said it could lead to further monetary easing measures by authorities following five interest rate cuts since November.

In equities trade Shanghai sank 3.10 percent by lunch while Hong Kong was 0.10 percent lower. Seoul was almost one percent down. Tokyo slipped 1.50 percent in the afternoon, hit by big losses in telecom firms after media reported comments from Japan’s prime minister on the need to reduce mobile phone fees.

The move comes after leaders in 2013 said they wanted the market to play a greater role in the economy, easing government influence on key sectors such as transport, energy production and arms manufacturing.