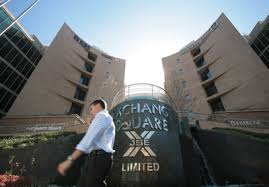 JOHANNESBURG: South Africa’s stocks rose on Wednesday, reaching a 4-1/2 week high with SABMiller surging after news that AB InBev was to make an offer to acquire the British firm, while the rand firmed on better-than-expected retail data.

Johannesburg-listed SABMiller, the world No.2 brewer, led the gainers as it jumped by 18.35 percent to 739 rand on an offer which could see its rival gunning for presence in Africa, as well as Asia and Latin America.

On the foreign exchange market, the rand traded 1.42 percent stronger against the dollar to 13.2760 by 1552 GMT, a level last seen two and a half weeks ago buoyed by better than expected retail sales data.

July retail sales rose 3.3 percent against the market consensus of 2.4 percent, adding another set of positive news after the current account data.

“The rand has pulled back below the R13.40/USD mark as recent comments from the South African Reserve Bank have been less hawkish, while market expectations of an announcement of a US interest rate hike at tomorrow’s FOMC meeting dwindle,” Annabel Bishop, Investec’s chief economist, said.

The rand also got a boost from a weak greenback after a surprise fall in US August inflation numbers reduced expectations that the Federal Reserve would raise interest rates at this week’s monetary policy meeting. Yields on government bonds were mixed, with the benchmark paper maturing in 2026 down 0.5 basis points at 8.455 percent.