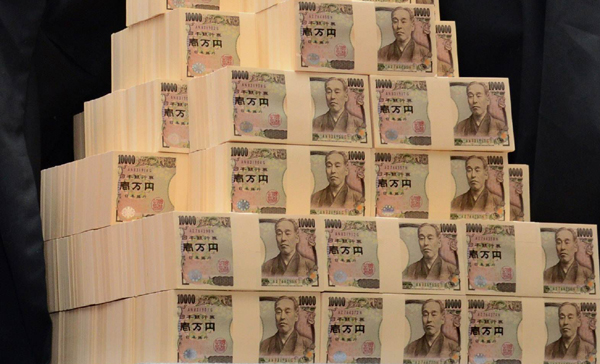 Yen gains on commodity worries ahead of US jobs data

TOKYO: The yen gained Tuesday on worries that China’s economy will weigh on global growth, while other Asian currencies retreated against the dollar on an expected rate hike by the US Federal Reserve.

Foreign exchange dealers moved into safe haven assets such as the yen as a shares rout at mining giant Glencore and the scandal at automaker Volkswagen added to concerns.

The Japanese currency is considered a safe haven in times of turmoil and uncertainty.

“The yen is gaining in tandem with the slump in Japanese shares,” Kenji Yoshii, a currency strategist at Mizuho Securities, told Bloomberg News.

“The yen is likely to face upward pressures from deteriorating risk sentiment amid Chinese economic risks and other uncertainties.”

Volatility in exchange rates is a frequently cited cause of concern for Japanese industrial manufacturers as the strong yen also hurts the profitability of exporters.

“There’s certainly a whiff of danger from the Glencore news and the VW news,” Douglas Borthwick, head of foreign exchange at brokerage Chapdelaine in New York, said.

Traders are also looking for hints about the direction of US monetary policy from key US jobs data. The data could play a big part in the Federal Reserve’s decision whether to raise interest rates this year for the first time since 2006.

The dollar is earning extra cache as dealers prepare for an expected rate hike by the end of the year, with Friday’s jobs data in focus. A strong reading will put fresh pressure on the Fed to move, putting pressure on emerging economies as investors withdraw their cash to seek better returns in the US.

The greenback extended gains on other regional currencies. The South Korean won fell 0.49 percent against the US unit, the Thai baht shed 0.26 percent and Indonesia’s rupiah was 0.76 percent lower.