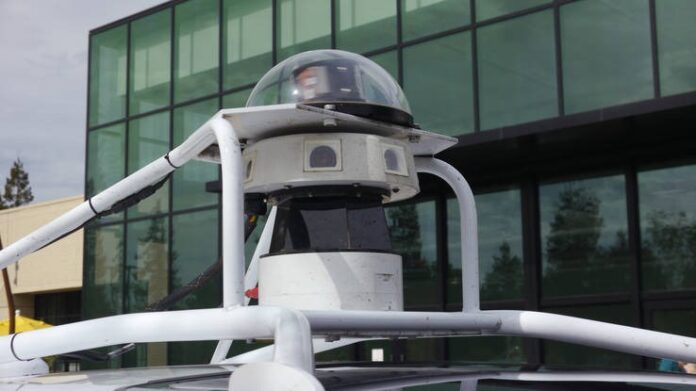 We sit inside and ride in the cars of the future

Google finally pulled back the curtain on its autonomous vehicle research and let us take a ride in two of its self-driving robot cars. And you know what? The darn things actually drove themselves.

But the driving was just the tip of a very large R&D iceberg. To have a self-driving car you have to thoroughly sort out five things:

1. You have to map the heck out of the streets you want to drive on. Normal maps, even the ones used in your onboard GPS, are only the beginning. Google has driven over and over on every road, street and alley it uses in its research and knows where all the bumps are, exactly how sharp every curve is, where the traffic lights are and where each stop sign is.

2. Then, you need sensors galore to drink in every minute detail of the world outside the windows, identifying cars, bicycles, pedestrians and even traffic cones. Onboard software interprets hundreds of objects in a continuous 360-degree sweep of the area. Your own eyeballs can see maybe 120 degrees — when you’re not checking your e-mail.

3. You need Google’s 1.2 million miles of accumulated testing, knowledge the system then uses to predict what all those objects it sees are going to do. Does a space open up for the car next to you to pass? Then it assumes that car will pass. Does a bicyclist put a hand out? Then it assumes the bicyclist is going to change lanes. Is there a pedestrian on the curb in a certain posture making certain movements? The pedestrian is likely going to step in front of the Google car. 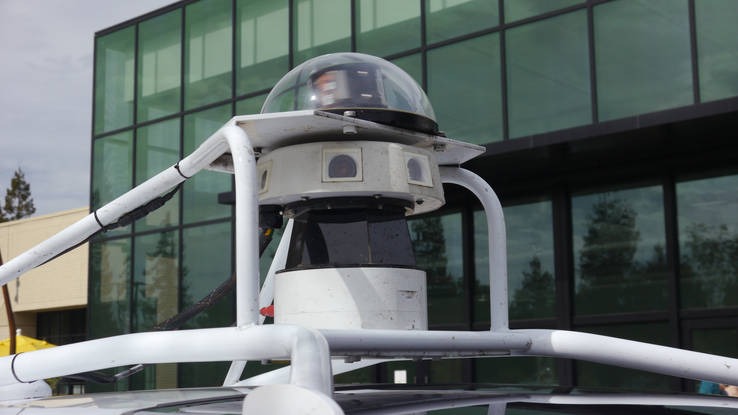 We rode in Google’s self-driving Lexus RX450h SUV and one of the self-driving vehicle prototypes. Photo by Mark Vaughn

4. You need computers that compare what they see with what they predict and respond accordingly, usually by assuming the worst and slowing or stopping.

5. The car must be able to account for rare situations. Google likes to use the example of one of its cars that came around a corner and encountered a woman in an electric wheelchair chasing a duck with a broom, for instance. More data was gathered on that one.

Then with all this knowledge (the equivalent of you or I driving around for 90 years) the self-driving car sets out and self-drives — always, so far, with a real person behind the wheel.

We got rides in two cars — a conventional Lexus SUV loaded with sensors and computers, and one of those cute little rounded-off purpose-built Google cartoon cars that look like the main character in a childrens’ book that would be titled “Buster the Car Goes to Town.” 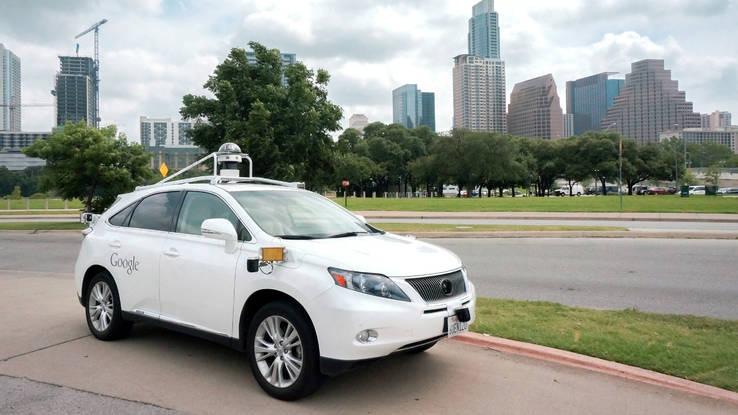 Both cars are the result of six years of research at Google. In all those 1.2 million miles driven so far, there has not been a single Google-car-caused accident. The only collisions have been the result of other cars driving into the Googlers, usually running into the backs of them as they pause 1.5 seconds after each green light, another cautious safety approach to autonomous driving.

First we got in a Lexus SUV. The cargo area holds a whirring computer about the size of a large suitcase. In front are more readouts and a laptop computer on the lap of the passenger/engineer. The computer screen shows what the car sees: cars and trucks are big blue rectangles, pedestrians are tall yellow rectangles, projected turns are large red fences. Everything relevant is marked and tracked continuously.

On our drive, we encountered everything from bicyclists in bike lanes to schoolchildren in crosswalks — and we didn’t hit any of them. The software is programmed very, very conservative, mimicking roughly what a new and cautious driver might be like behind the wheel. When in doubt, slow or stop, then pause and sort things out. It was never so slow nor did it pause so long that anyone honked or yelled at us, but it is — at this stage in its development — taking no chances. It will no doubt get smoother, faster and more efficient later on, we’re sure. It’s hard to criticize a system like this for anything — it’s driving on its own, man! These are the robot cars we read about as kids, except that instead of a humanoid robot behind the wheel, there are sensors all over the outside of the car and a big flat box of motherboards in the back. 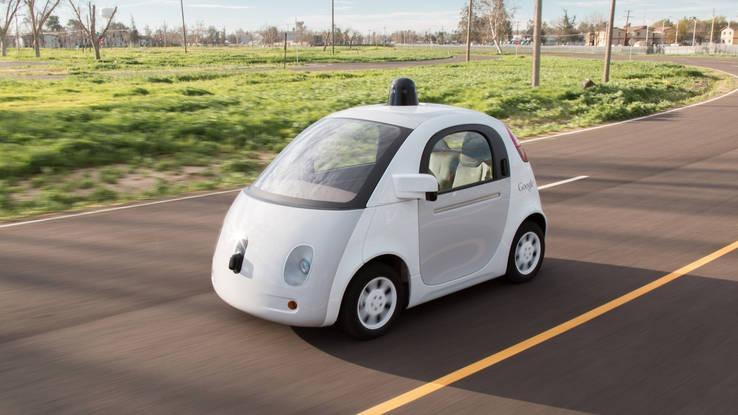 Next we rode in the “Prototype Vehicle,” the Roush-built aluminum Beetleesque electric car that Google designed specifically as a test bed for autonomous driving. In the bulb on the roof are lasers, radars and cameras aimed in all directions. The rounded shape of the car eliminates any potential blind spots for the sensors and cameras. Inside it’s like a transport pod or a gondola at a ski area. Ours had no pedals or steering wheel, though when the cars do their research drives, there are redundant controls for the driver/engineer just in case. Our drive was in a sealed-off parking lot and was quite pleasant, if slow. Google employees alternately walked in front of the car to make it stop or rode bicycles or drove a Ford Fusion in front of us to make the Google Prototype react, which it always did by slowing down to avoid a collision.

What does it all mean?

“It’s been really eye-opening to me to see the areas where self-driving cars can outperform human ability,” said Sergey Brin, the co-founder of Google who stopped by before our ride. “At the same time it’s been a lot of work. Being able to detect and predict where people and bicycles are going to go has been a huge amount of work. I’ve been really proud of what we’ve done. I think there’s a lot of potential for this journey.” 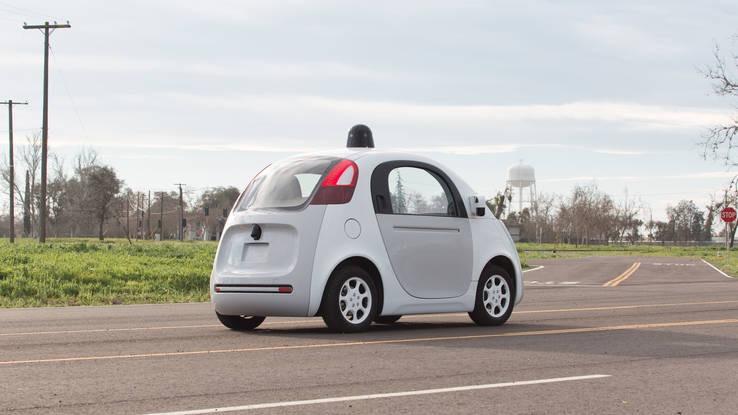 But what about our Porsches and Pontiac Trans Ams? Where will the fun part of driving go?

“People value the special relationship they have with their cars,” said Brin. “I love being on a curving road driving and you’re really getting into it. But more typically, you’re in a traffic jam just making sure someone doesn’t do anything dumb in front of you. I think we need to see both of those worlds. I don’t think we’re going to see (a car without a) human driver any time soon. We’re also open to the possibility in the future of you having a car you can switch on and off. I’d like to see it be available.”

So there you go: The future will have everything, minus the accidents. Welcome your robot masters!

Mark Vaughn – West Coast Editor Mark Vaughn covers all car things west of the Mississippi from his Autoweek lair high above the LA metropolis. For contact info, flash the AW logo on a cloud over the city and he will get in touch. Read more »
See more by this author»