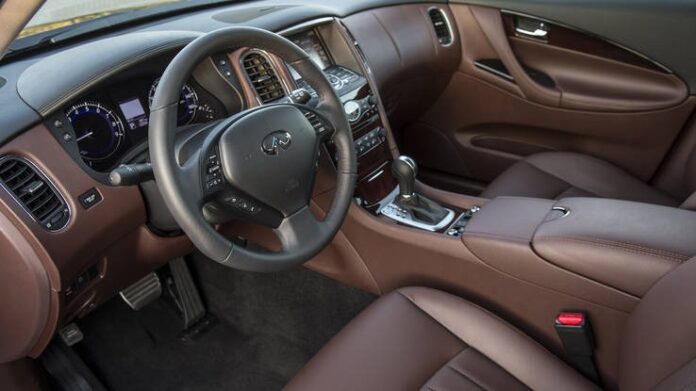 In short, this is Infiniti’s response to poor sales performance in the small-crossover segment. With Acura and Lexus blowing Infiniti out of the water, Nissan’s luxury brand had to change something. The 2016 QX50 is a notable improvement over its predecessor, but will it be enough to kick start the sales machine?

Infiniti claimed that potential customers overlooked the last QX50 due to a lack of rear leg room, so it stretched the wheelbase by 3.2 inches. This move definitely resulted in more space — 4.5 additional inches in the back seat which will now comfortably seat a 6-footer — with knee room to spare. The heavily bolstered front seats are a little on the small side and the rest of the interior is nicely dressed, if a little dated. In fact, for the most part, the interior has remained just about the same as it was when the QX50 was called an EX35. The stretched wheelbase also intrudes into the storage area a little bit, but the cargo area still boasts 18.6 cubic feet of space with the rear seats up. Putting down the rear seats to get more space is easy with the QX50’s automatic folding rear seats. 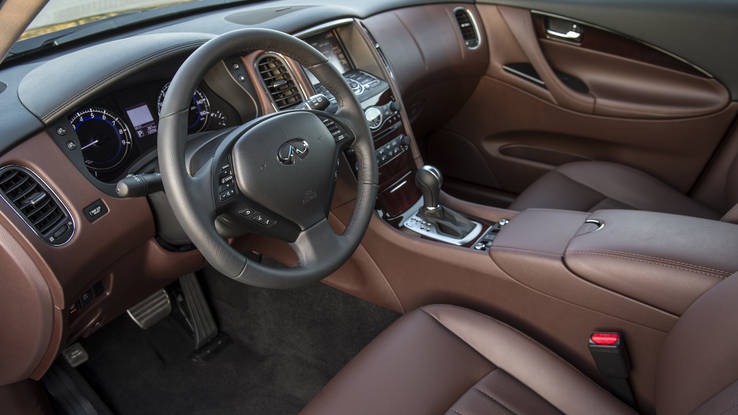 The outside of the QX50 remains about the same, save for the relocated rear wheels. Speaking of wheels, standard equipment on this Infiniti is a set of 18-inch eight-spoke alloy wheels, but 19-inch five-spokes are available as part of the touring package. All-season rubber wraps both wheel choices off the assembly line.

The powertrain spec sheet is impressive — a 325-hp V6 is mated to a seven-speed auto that feeds power to the rear wheels or all four with the optional all-wheel-drive system. As great as that sounds, it comes at the expense of fuel efficiency. The advertised fuel economy is just 20 mpg, and combined with the fact that Infiniti recommends premium fuel, your wallet may be a little lighter than you’d like. 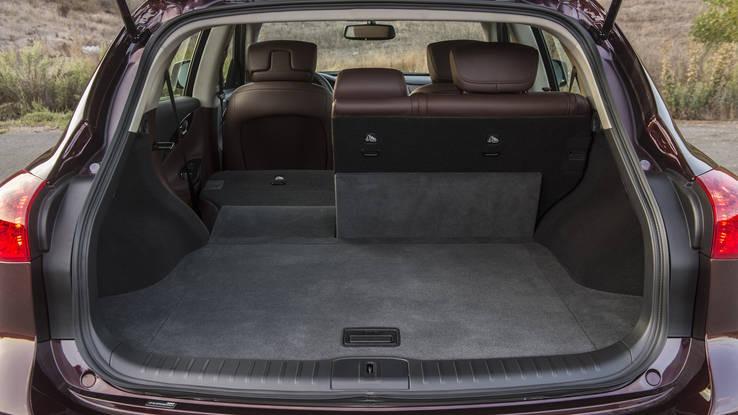 The folks at Infiniti are pushing the idea that the QX50 is a sports crossover, and the spec sheet backs that up. However, in terms of real-world performance, sports crossover might be a bit of a stretch. With as much advertised horsepower as the QX50 has, it is a little surprising how subdued it is while accelerating. Though, that isn’t necessarily a bad thing.

Once up to speed, the ride is about what you’d expect for a luxury crossover. The suspension is soft enough to not spill your coffee while going over bumps, but is stiff enough to allow the driver to enjoy a little cornering without severe body roll. Blind spots aren’t unbearable because of well-placed mirrors and a slew of cameras. The collection of linked cameras surrounding the car enable what Infiniti calls “birds-eye-view.” This allows the driver to look at the infotainment screen and see a facsimile of his surroundings while backing up or navigating in close quarters — making parallel parking and backing up a breeze. 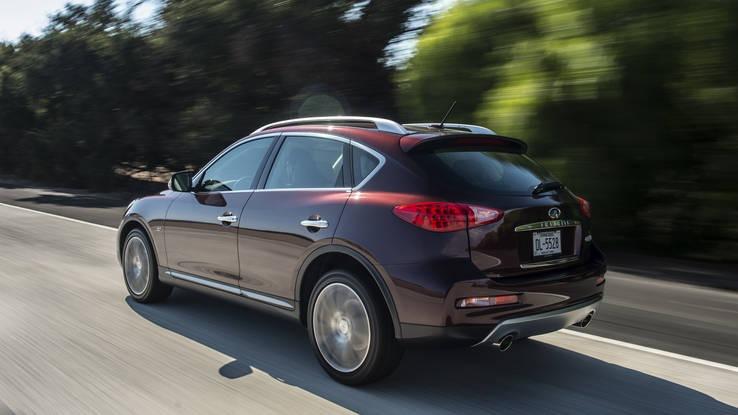 The brakes are firm and provide adequate stopping power. Intelligent assist is optional as part of the Tech package and is a neat feature. The system halts acceleration and can apply the brakes if the driver gets too close to having a collision. Pretty handy if you’re an absentminded driver or prone to cellular distractions. Steering is hydraulically assisted but might be a little heavy for some.

The feel from behind the wheel is pleasant. The multifunction steering wheel is thick, leather clad, and comfortable and allows the driver to control most of the infotainment system with ease. The console controls, on the other hand, are a little outdated complicated. 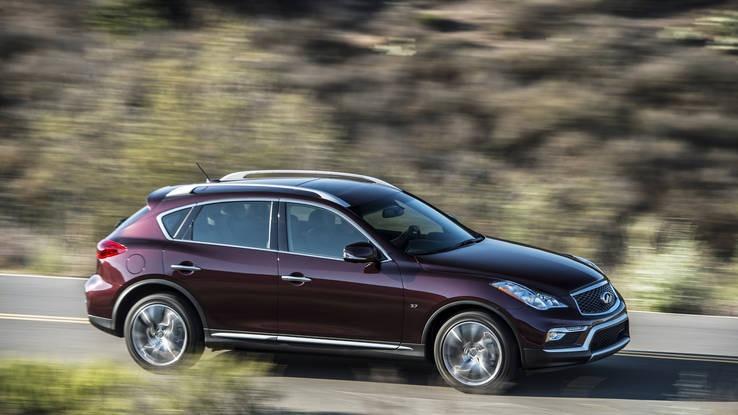 Do you want one?

With the new QX50 already available at dealers, and a slew of available options, I wouldn’t tell you not to go look at one. The Infiniti comes in a little cheaper than the Acura RDX and Lexus NX and comes standard with rear-wheel drive. As we mentioned, the QX50 now has ample rear seating thanks to the stretched cabin area.

With the QX50 coming in just inside 20 mpg, the Lexus NX sipping along at high 20s might be a more attractive option, though the QX50 is sportier than its Lexus and Acura counterparts — so if you feel the need for a speedier crossover, then this might be the one for you. The extra horsepower that the Infiniti has over its competition works in its favor as well as the standard rear-wheel drive. If you’re looking for a lower-priced sporty crossover, you might take a hard look at this QX50 even if you end up taking something else home.