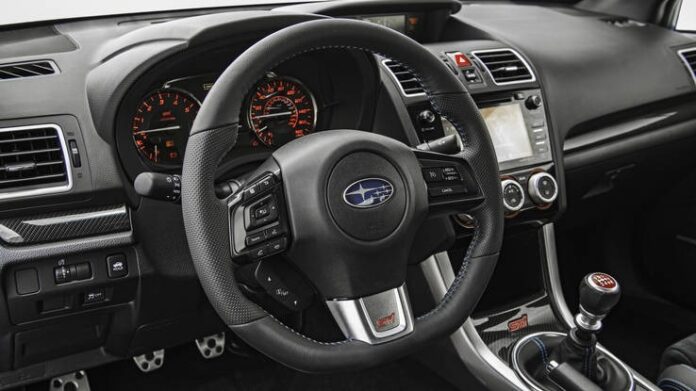 DIGITAL EDITOR ANDREW STOY: In a world where even performance monsters like the Corvette can return 30 mpg on the highway and entry subcompacts like the Honda Fit offer smooth, silent sewing-machine engines, the WRX STI continues to be an ass-kicking, raucous, gas-guzzling throwback to the 1990s, carrying nothing it doesn’t need to go flying through the gravel and dirt.

To be fair, our Limited does get a bit with its heated leather/Alcantara seats and touchscreen infotainment options, but if you start to think Subie has lost some of its soul, just push the Start button. Yes, I know the rocking-on-its-mounts lawn tractor engine is part of the Subaru experience, and all the fanboys relish it, but for the rest of us, Subie’s big turbo H4 feels slow to rev and coarse at lower rpm. Keep it around 3K, right on the edge of boost, though, and there’s plenty of thrust on tap. It’s just not as immediate or as fierce as the late Mitsubishi Evo, nor is it as refined as the Golf R. The upcoming arrival of the Ford Focus RS will be the big test for Subaru’s rally rocket and its ability to trade on brand loyalty and proven tech.

Our STI’s shifter, brakes and steering require no such asterisks, delivering lovely, direct feedback and control at all speeds I was able to explore on my pockmarked-pavement routes around Detroit. Incredibly short throws combined with pedals ideally placed for heel-and-toe work make the trans in particular a delight to use.

The Subaru faithful will find everything on the latest WRX STI slightly improved, and perfect for the wannabe rally geeks — for the rest of us, the regular WRX continues to be an easier car to live with. 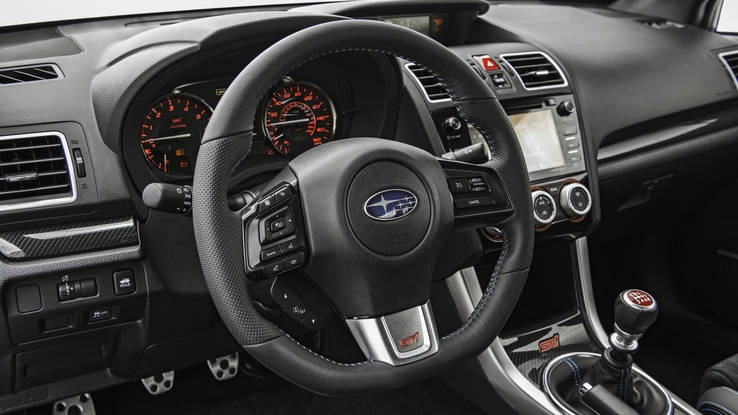 ROAD TEST EDITOR JAKE LINGEMAN: Yep, that last bit is right on the money. The STI is awesome, even better than years past; however, most of us would be perfectly happy with the basic WRX. But we’re here to talk about the STI.

I had already driven the new car, albeit with a CVT, but this one seemed even better. The interior was kind of cool and futuristic looking. The seats had patterns and splashes of body color, and are comfortable too. These heated jobs were also power adjustable, which must be a no-cost option on the Limited trim. The digital turbo gauge in the center is cool, and even cooler because it bounces all over the place, as opposed to those in the 370Z, which were for temperature or oil pressure — something a lot less interesting to look at. I told my wife it was basically a gauge of how far down I’m pushing the pedal.

The new Starlink infotainment system works well and the knobs and AC buttons are right where they should be. I had no trouble connecting my iPhone and playing podcasts, which is sometimes a hassle.

It feels like there’s a good bit of room too. The front dash/parcel shelf is expansive, which adds to the airy feeling. I sat in back, behind my driver’s seat, and there’s a nice amount of room back there as well. But I’m 5’10”, so take that into consideration. Kids would have no problems. 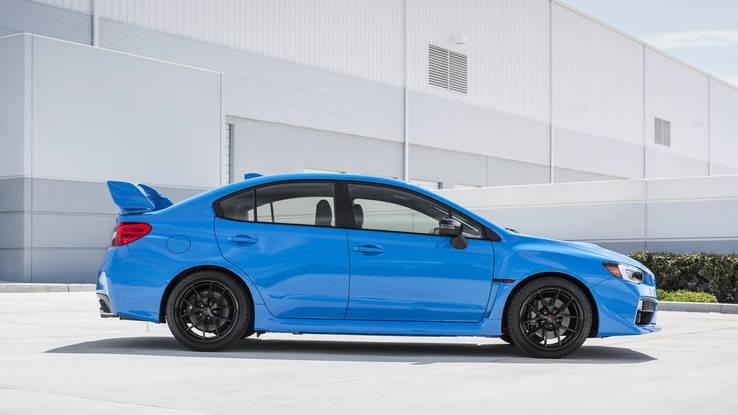 Power, though the same as in previous years, still feels more than adequate. The throttle is easy to push, which leads to some jerkiness when trying to take off fast and smooth. It’s so quick, the g forces push you back into the seat, then your foot comes off the pedal, which slows you down, and then your foot moves forward and you speed up again, ad nauseum. A driver needs to be strapped in tight, and have great control of the ankles, knees and feet to be smooth. At full bore, shifting is easy and throws from the six-speed are short. Clutch effort is just right and the catch point is right at the beginning of the stroke. At 75 mph, it sits right where the turbo spools up, meaning if you put your foot down, even in sixth gear, it gets up in a hurry. I probably crested 90 mph a few times while passing, without even trying that hard.

Handling feels better than the last model, which was already very good. The new D-shaped steering wheel has a little more weight to it, but it’s perfectly direct and still supplies good road feel. The suspension is set up for daily driving, but just barely. It’s bouncy, especially on the expressway, but still feels connected to the road. The whole experience made me giggle like a little kid.

Though the STI has been toned down since its inception, it’s still a beast on the street. It feels and sounds like a race car. A little more turbo blow-off would be nice, as would an even louder exhaust.

The base WRX starts at $ 26,595; the STI starts at $ 34,695, before taxes and destination. Sadly, the WRX still makes a lot more sense for most drivers. But those hardcore enthusiasts who buy the STI will have plenty to be happy about for that extra $ 8,000 or so. I might even recommend skipping the big wing.