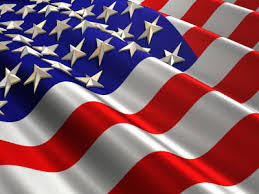 US forex broker FXCM says it has been hacked

NEW YORK: Online foreign exchange market broker FXCM said Thursday it had been hacked in an intrusion that saw money withdrawn from some customer accounts.

“At this time FXCM has identified a small number of unauthorized wire transfers from customer accounts,” the company said in a statement.

But it added that all the money has been returned to the raided accounts and the affected customers have been notified.

FXCM said it had received an email from a hacker claiming to have access to customer information.

The company said it notified the FBI and also launched its own investigation with what it called a leading cybersecurity firm to determine the scope of the hacking.

Hacking involving blackmail against companies is on the rise, such as the recent intrusion of the extramarital affair-arranging website Ashley Madison.

The Paris-based Organization for Economic Cooperation and Development called Thursday on corporate executives and governments to treat risks associated with computer security not as a technical issue but rather as an outright economic risk.